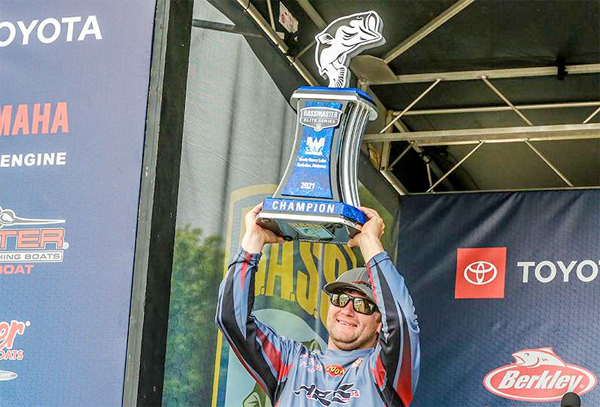 Wes must’ve been salivatin’ when he saw Neely Henry on the schedule, a lake he’s fished his whole life. But then the Elites show up, and a day into practice and the lake starts running high…then higher…and even higher. Yep it was “blown out” – so maybe whatever local-knowledge gameplan Wes had was blown up? Here’s how he put it together:

> “The 1st day of practice the lake was kind of normal – like I was used to seeing it. It was a decent day, but then a weather system came in…rain, flooding…storming so bad I was literally watching the water come up by the hour.

> “It was difficult to try to figure out. …really thought if we got 2 days of being delayed it’d be better even though I didn’t think that would happen…fish would get used to what the water’s done.

> “The water had fallen on the bottom end of the lake and rose on the top end. I’d gone to the very low end of the lake where it was the lowest, and got on a good topwater bite catching spotted bass. But I didn’t think I could win…didn’t know what else I wanted to do with the upper end being flooded.

> “That was my plan after the last evening of practice. But I knew if went down there I’d probably just be fishing for a check…10-12 lbs of spots a day.”

> “The morning of day 1 I was sitting at the boat ramp and saw that the water was starting to drop. I decided to fish 1 stretch of grass I knew up there, and if after 30 minutes I didn’t get a bite I’d leave, but if I did I’d stay there and grind it out. I got a couple bites really quick…figured out how they were setting up and what they were getting on.

> “As the tournament went on, I had to do something different every day to catch them…having to move areas. I was still running a mix of grass and rocks and wood – basic river bank stuff, just basic stretches.

> “That place doesn’t reload very well so you can’t go to the same areas multiple days in a row. It’s 2 fish on stretch, stuff like that.

> “I was fortunate to get some good bites and get them in the boat.”

> “The water clarity stayed the same throughout the whole river except maybe the low end…fairly dirty. I probably didn’t fish deeper than 2′ the whole tournament. The fish were still up on the bank with all that current. They had to get behind something so they could sit up there.

He caught all his fish on 4 baits:

Electronics, other than mapping and Spot-Lock, were not a factor. 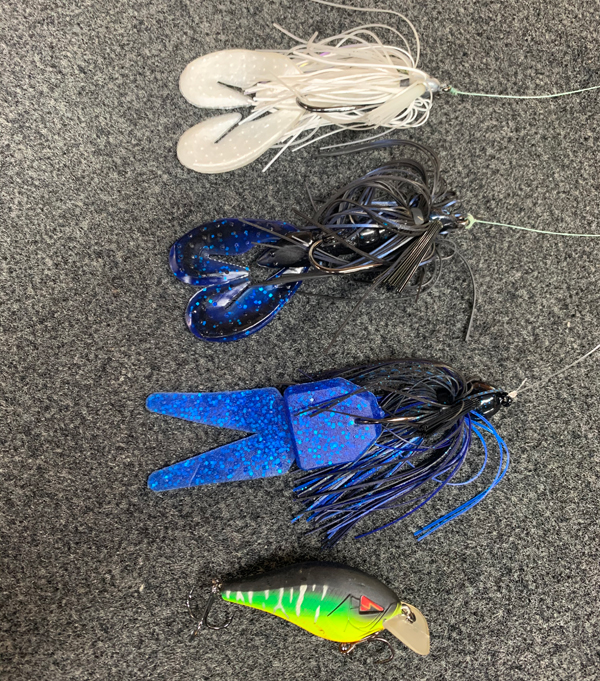 > “The good Lord for sure. I wouldn’t have won without Him. Stuff happened all week that was out of my control, stuff that shouldn’t have happened but did happen. It was just a blessed week in general, and I just want to give all the glory to Him.”