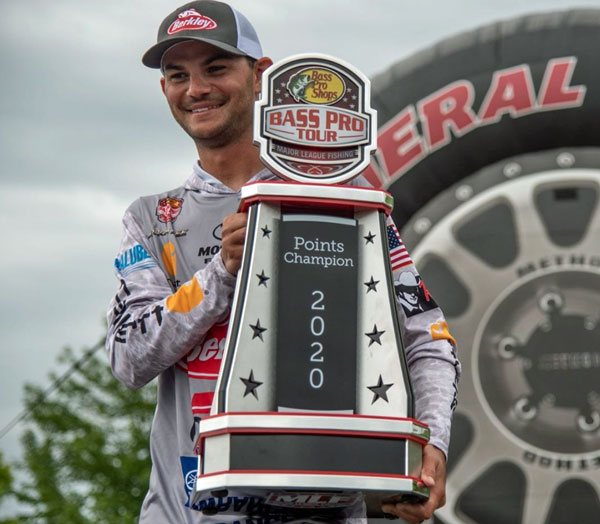 Jacob Wheeler and Ott DeFoe weren’t exactly having bad years on the Bass Pro Tour. And neither was Jordan Lee. All 3 were fishin’ red hot, so ultimately Jordan had to not just catch ’em at Sturgeon Bay, he had to catch ’em better than the other 2 dudes. Tall order but got ‘er done. Here’s how it went down.

> “Sturgeon Bay — there’s a ton of water to fish. Going into practice I thought the smallmouths would be shallow…they’re usually shallow up north that time of year.

> “The 1st day of practice I looked shallow and found some fish…but it definitely wasn’t happening. I think the water temp was too warm — it was getting into the mid-70s. I wasn’t really feeling it 100%. So I went out and started graphing deep. At the end of the 1st day of practice I started catching them pretty good deep — better size, better quality…not really sitting on one spot….

> “I was looking at the wind forecast every day…can get really rough. If it’s blowing out of the west at 10-15, it’s hard to sit out there and fish effectively. It looked like we would have some decent weather for our days so I wasn’t too worried….

> “I was focusing on what I needed to do to make a top 10. I felt like I needed a top 10 to win the points, and I really wanted to win because I’d never done it before and it means a lot to me. I feel like with this bunch, it’s just stacked — I’d had a heck of a year and wanted to top it off. I was trying to do everything I could to have a good event.”

> “The first day I started in Lake Michigan. I went over there for an afternoon [in practice] and saw 100s of fish shallow, so I thought I could go over there and just crack ’em. …I never saw a fish — never saw the first fish. I spent about an hour over there and was like, Okay I’m pulling the plug.

> “We could trailer, so I trailered to the other side. I felt like those fish were a little more consistent anyways. I ended up having a good day — 71 lbs, caught some good fish, a 4-10 was my biggest fish of the week.

> “I was dropping deep on boulders and deeper shoals. I’d just troll around, get around rock and I could see them on my graph, under the boat…drop on ’em with that [Berkley] Flat Worm. …fun day — caught some good ones and I was pretty excited for the rest of the week. I was thinking that may be the way I fish.

> “Day 2 I go out with a pretty safe [points] lead and fish all my deep stuff but never got a bite. The day inbetween they’d completely moved. It wasn’t happening. I never saw a fish on my graph….

> “It was slick calm and sunny…I had to basically start practicing again. Smallmouth will get on flats and shallow places, and if you can see 10′ down it’s worth looking. I pulled on top of an isolated shoal and could see them everywhere — in 6-7′.

> “[The fishing] was incredible, really. I pushed trying to win the day because if I won the day I’d make the championship round [directly] and pretty much win Angler of the Year. …ended up falling a little short and finished 3rd.” 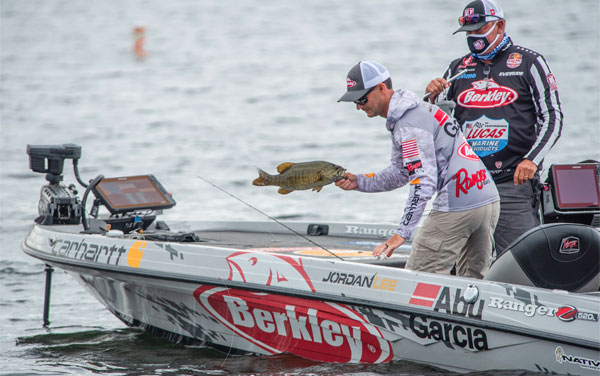 > “I was thinking about it a lot — thinking about the points…. I knew I’d have to go out and have a good day to beat Jacob and Ott…we were all still in it…. That 3rd day was probably the most important day of the year for me.

> “I was expecting the fish to move again and they did. I went out to the deep stuff I caught ’em on the 1st day — nothing. That shallow shoal I caught 85 lbs on — the wind had changed direction and that was the biggest key. It’s crazy how much they would move because of the wind. It really pushed them around.

> “I went to a spot I’d seen some fish on that 2nd competition day. The wind was blowing in on it. …6-7′ — really shallow flat close to the bank. I started throwing that Flat Worm around — I could throw in front of the boat, behind it, out both sides [and catch ’em] — it was insane.

> “Another guy was there and we both were just smashin’. It was just one of those incredible days — I think I ended up with 94 lbs for the day. Probably one of my best days [ever]….

> “The wind was the biggest difference. …one day you could fish a place and there’s not much there, could come back to the exact same spot the next day and it’d be loaded, and they would be gone just as quick. It was a good call to move around. That was the biggest key for me — not focusing on 1 particular spot or area. I was fishing a lot of depths and trying to stay in tune with that.”

He did fish the last day and ended up 4th, but after that 3rd day he won the points/AOY:

> “To me it’s one of the hardest things I’ve done so far — just the caliber of anglers you’re fishing against. You pretty much had to have a perfect season to win it. I had 4 top 10s and a 31st, and I still only won by 15 or so points. So every tournament you had to be on your A game.

> “Means a ton to me — it’s something I’ve always wanted to win. I’ve had really great years and 1-2 bad tournaments, and this year it just worked out to where I didn’t have a bad one.

> “…the caliber of anglers…one of the hardest accomplishments to pull off. It definitely felt amazing to win.”

> “Colors didn’t seem to matter…I would throw whatever I had. I’d throw it out there and give it a couple shakes, and it also seemed like those fish would eat it on the direct fall. I didn’t let it soak for a long time.” 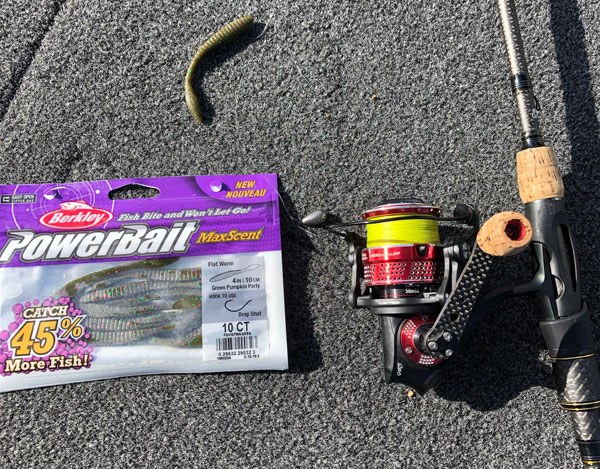 > “With the wind and stuff we had, the Lowrance Ghost trolling motor held up great in the waves and everything. The Anchor Lock on that — that feature helped me…. The Ghost is definitely durable and holds up in rough water.”

> He also wanted to shot-out the side-imaging on his Lowrance HDS Live 12s.