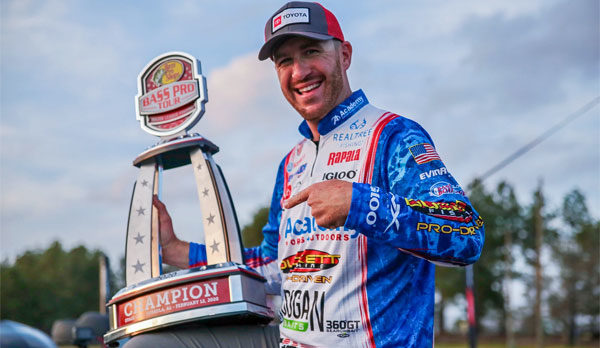 This was some tourney. Not only are the MLF Bass Pro Tour events looooooong — meaning conditions can change a bunch — this one was in early spring so you know the weather was gonna be a little nuts. The BPTers basically had everything thrown at ’em except snow, hail, locusts and smoke, but Jacob navigated ’em all. Here’s how he did it.

> “…really came down to how am I going to practice smart and prepare for the 3-5” of rain expected on day 2 of practice. I really was worried knowing how much this lake can get messed up with the rain.

> “I looked at Google Earth images for what areas got messed up the most [from rain], and tried to stay away from those…. I made the decision to practice from mid-lake down — Barbour Creek down toward the dam. There’s more stable water toward the dam…not as many major creeks there.

> “…started on a spot and caught a couple really quickly, and started to try to figure it out. A lot of places I never made a cast [in practice so] didn’t know if they were spotted bass, white bass, largemouths. I started running a whole bunch of places I thought would be productive….

> “Going into the 2nd day…the whole deal there was the water started to get muddier and muddier in those areas. So some places I was fishing, the fish weren’t used to that mud or stained water — I couldn’t get them to bite.

> “The water went from 3′ above summer pool to [about a foot, I think] below summer pool. The fish didn’t know what was going on, then a full moon was coming, 60-degree nights — you’d think they’d go shallow but it was sort of a weird deal. Every condition Lake Eufaula could throw at us, we saw it this week: wind, rain, post-front, warm nights, cold nights….

> “[His] fish stayed put, they just got harder to catch. But then they got used to that stained water and I think they adapted to it. When that happens, they either leave or stay. I realized they were staying but couldn’t figure out how to get them to bite. I figured out on the final day that the spinnerbait was getting those fish to bite.”

The fish also kept changing their position on the cover/structure:

> “…throughout the week I started to mess around with angles. I tried to approach things on the downward side of a piece of cover or offshore spot.

> “On brushpiles, hard places and rock, I changed it up quite a bit. I’d figure it out. A lot of times whatever way the wind was blowing [made a difference]. Certain days they’d be on the back side of the brush, other days on the front side. Sometimes I’d have to be in the wind and casting behind me.

> “…something you had to figure out. Each day was a learning experience to figure out what side they were on.”

He had 3 main baits: 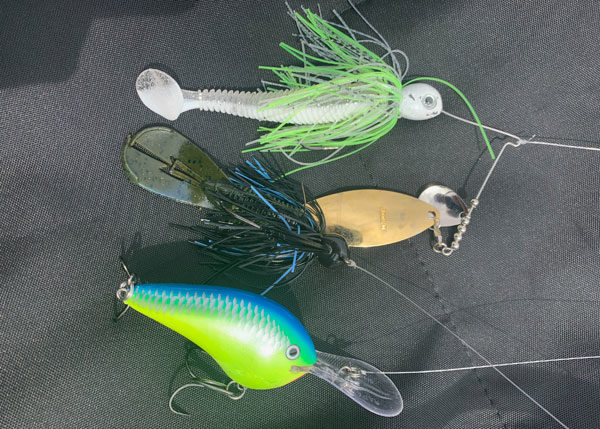 > “Earlier in the week, when the water was a little cleaner, I caught most of my fish on a Rapala DT14 and DT16 in Caribbean shad. Some hard places, some schools of fish….

> “I caught a few on the spinnerbait throughout the week, but it wasn’t as big a deal til the water got dirtier.”

> “The [6.3] reel made me slow down. If you wound it too fast, wouldn’t get a bite. The strike zone got smaller and smaller as the week went on.”