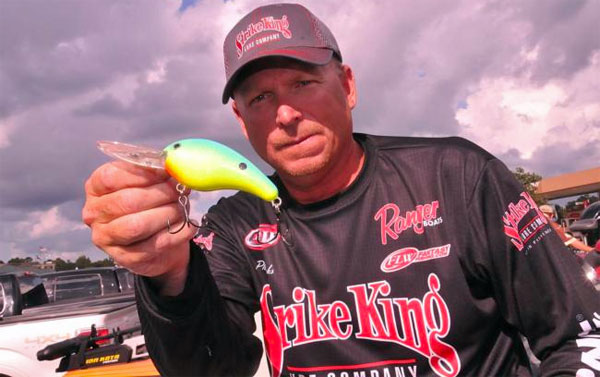 Ah dang it. He was just 55. Cancer. Phil was a great dude who designed REALLY good baits for Strike King. He also worked at Stanley, I believe, and was a heck of a tourney angler. Whether you know it or not, he had a huge impact on all of us regular bass-heads.

Off the top of my head I can think of at least 20 people I should call to get thoughts about Phil. You know who you are and sorry I didn’t call you. Just not enough time, so here’s thoughts from a few of ’em.

> “Phil was pretty special to me and we did a lot together. He was such an impactful person on this industry — a lot of people don’t know or appreciate everything he’s done.

> “He’s like a brother. A passionate bass fisherman, outdoorsman, hunter — we loved the same things. He was a really top-notch tournament fisherman, as his record proves, and also really sharp at a lot of other things. He was great at business, a great lure designer — he probably didn’t really get any credit….

> “He and I developed a lot of really great baits together for Strike King. The majority of the Strike King line, what it is today, has a lot of his input. All the XD series, the KVD 1.5s, Perfect Plastics, Red Eye Shads, my jerkbaits, on and on — jigs, spinnerbaits, everything.

> “Because he was a fisherman and a really good one, he had an understanding when it came to designing baits that honestly you can’t replace. it’s hard to find a guy who has all the talents he had…to really have the total package.

> “A lot of times [bait development] can be frustrating. Hard baits are tough — they’re challenging. To get the weight, balance, design, action, depth, all those things, it’s not easy. And I’m fussy about it. There were plenty of times he’d be frustrated — we’d go through 7 or 8 prototypes and they just don’t have it.

> “One of the most gratifying baits we designed was the KVD 300-series deep jerkbait. I gave him some input on what I thought it should be — bill design, weighting and things like that. He had the first prototype built and sent it to me, and it was like magic.

> “It never works that way. It always takes multiple renditions to get everything where I think it should be. But he sent me that jerkbait, I tied it on and it was just magical. Right out of the gate it was at 95%…one of those that was meant to be, so to speak. For us…it was comical to get that lucky right out of the gate. In a lot of cases baits had taken over 2 years…to get to market, and that’s frustrating.

> “I’ve been at Strike King since ’94 and Phil started there probably in ’96. Some of the new guys since John [Barns] sold the company had only known [Phil] 2-3 years, and he’s had the same type of impact [on them]….

> “What [Strike King has] done…in this industry is very enviable by a lot of other companies…boils down the people…and Phil exemplifies the heart and soul of what I’m talking about there. So many millions of fishermen have been successful because of his designs and his work. It’s pretty cool to think about.

> “It’s hard to come up with words. We had this unspoken, un-thought-of — our relationship was almost like mind-reading at times…. We definitely had a kinship and relationship that’s very different…I just feel lucky for the relationship I had with him.

> “A lot of great memories. I was really mad that…we don’t have pictures together. He takes a picture of me, I take pictures of him…but what I do have is a ton of great memories, really vivid ones, of the fun we had together. Even though we started as a business relationship, our friendship was much bigger than the business relationship ever was. I’m definitely going to miss him a lot.”

> “He was just a great outdoorsman. We spent a lot of time at the Strike King Ranch over the years, deer hunting — a lot of great memories from there. Of course I worked with Phil a tremendous amount on new product design.

> “He was a fierce competitor, a great fisherman — one of those guys who could have been successful on tour if he chose to got that way. He had a lot of success fishing regional tournaments.” 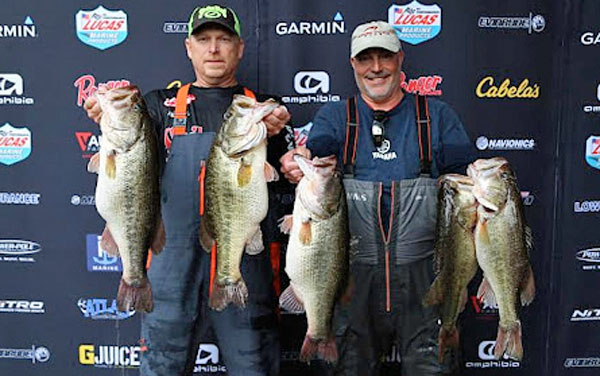 > “…a good businessman — probably one of a few people in the industry that knew top to bottom, all angles…. I guess he was bigger than any one company just because of the relationships he had with all the big-box stores [big retailers like Bass Pro] and the industry in general. Everyone in the whole industry knew him…his character….

> “The last project we did was the Denny Brauer Structure Jig. It took a while because of what we were trying to do with the hook angle and a style of head that had never been done before. It was a unique project, and one of advantages was that Phil wasn’t only a great fisherman, he was also a great power fisherman. That was a tremendous asset in jig design. I didn’t have to educate him — he knew what I was talking about.

> “It was a tremendous-selling bait we were both very proud of.

> “Look at all the different baits he was instrumental in helping develop. I can remember working with him…[on] things that the average angler doesn’t think about. Phil was into every little detail of bait designs. I can just imagine some of the sessions him and Kevin had designing some of those baits. …totally understood the dynamics of how baits move water and what it takes for baits to function to catch fish — the whole deal. He was a very unique individual.

> “You hear the phrase ‘larger than life’ — that was Phil, so it was sad to see him have to slow down. He lived wide open — hunting and fishing was what he lived for. He was good at both, and did a lot of both.

> “The disease really took a toll on him the last couple years. He fought a hard fight — he fought as good as anybody I’ve ever been around. He approached the disease the same way he designed a lure: wide open.”

> “Most of my time with Phil was in the boat. We fun-fished a lot on Rayburn, mostly product testing — those were pretty fun days.

> “But I knew him before I knew him, fishing around east TX and stuff. Phil was always at the tournaments, always did good…certain kind style. He was gonna catch them doing his stuff. I had a lot of respect for his style….

> “He had an uncanny ability for developing [baits]. The thing that Phil really understood…big-fish power-fishing lakes, and the baits and techniques to trigger those fish. Several times he would make a bait like an underspin that’d have like a 7/0 hook in it…. For fishing for big ones on those kind of lakes, I’ve got to credit him for giving us a lot of the tools to get the job done.

> “For Phil to want to come out with a bait, it had to be something he thought he could put in his hands and win a tournament on. It had to be a home-run hitter for him to want to put it on the market.

> “We’re gonna miss him. He’d always been around the tournament scene and was ‘somebody’ even before I was fishing tournaments…. If it was a slugfest, he was gonna be a part of it. A lot of things I do and the techniques I honed in on were because of people like him.”

Crispin is a regional sales guy for Strike King, is heavily involved in bait development and was mentored by Phil:

> “It’s really hard to put a measurement on it. There’s a lot of guys who know how to change the position of the line tie and the angle of it to achieve this or that. But Phil just had a really uncanny ability to design stuff — a lot of his 1st- or 2nd-run prototypes were perfect. His understanding of how to make a bait do what he wanted it to was unlike anyone I’ve ever met.

> “I think that really stems from application [fishing]. He was director of R&D for Strike King, but he also won like 20-something boats. He was a hammer.

> “The XD series, and especially the 10XD, were his babies. I think his design and his ability to get a deep-diving crankbait to do what he wanted it to changed the whole market.

[In my 2c these baits had a huge impact regionally too, like TX and KY Lake.]

> “If I could brag on him in any way…he always had a lot of confidence in me, he took me under his wing and poured into me…but when he got his diagnosis until last Saturday, when he passed into eternity, I’ve never seen anybody like Phil — it just didn’t stop him. He didn’t let his circumstances dictate what he was going to do.

> “He set the bar for me for what it means not to give up — to fight, and to not let your situation dictate your life.”

I hope his family and the larger Strike King family are doing okay. Love from one bass-head. If you’ve got any stories about Phil, please post ’em as comments.

What is PowerBait Maxscent and why did it just kick serious tail?
Best tournament baits of all time?