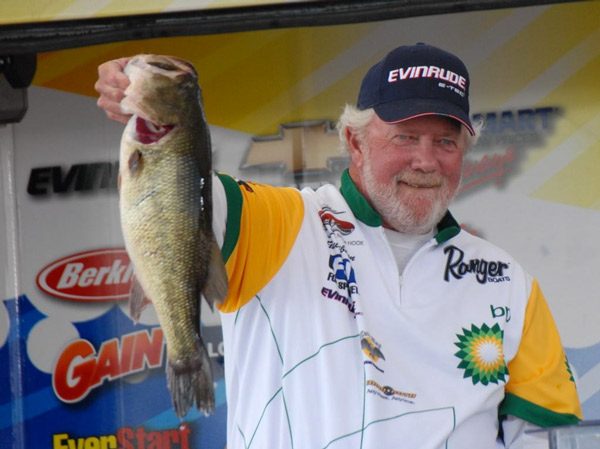 For bass-heads, Guido Hibdon was more than a Hall of Famer, a legend, etc. He was a pioneer. And if you look around, aren’t that many pioneers in anything still here. For sure not many bassin’ pioneers still around.

When you’re a pioneer, even a casual conversation — that you have with so many people — can be life-changing and a treasured memory for the other person. So there’s no possible way any one person or thing can do justice to Guido, who gave so many people those memories. But here’s a few memories from a few bassin’ legends to help a little.

In honor of Guido, who only ever needed one name in bassin’, only gonna ID each guy with one name — that’s all they need anyhow:

Shaw: “He was my mentor in my early years. He taught me so much. And he taught everybody. He was just that type of guy. He took me sight-fishing.

“I thought I knew something about sight-fishing. We fished the Super Bass on the St Johns River and it was pretty funny: I’d fish a bed the way I knew how to do it, and then he’d say, ‘You done with that?’ make like 1 cast and would catch it.

“It’s amazing how much he inspired me and taught me my entire career. He was a special, special guy. A great guy and a great ambassador for the sport.”

Denny: “Guido was a great man and friend, and will be missed by everyone that had the honor to know him. I loved the fact that he didn’t worry if he was politically correct. He told it how it was. Needs to be more of that.

“One of the pioneers of bed fishing — great angler and family man.”

Kenyon: “He was my mentor and a father figure for me forever. We were family out there on the road for years and years. We not only fished tournaments together, we deer-hunted together, pheasant-hunted together, went crappie fishing in MO all the time. We were much more like family than just fellow competitors.

“I learned a lot from him. I’m a better man for knowing him, and I carried that through the rest of my life…how to treat people and how to act, stuff like that.

“He’d come off as rough as sandpaper, but had a heart bigger than the world. Just a wonderful person.

“We were always playing practical jokes on each other. He was as good at it as anybody and it was always all in fun. The world’s a better place for having Guido in it, that’s for sure.”

Swindle: “Guido and Stella were the first people to take me in and accept me — that meant the world to me. That was the first year on the Top 100 B.A.S.S. series.”

Forrest: “My relationship with the Hibdons dates back to the early ’80’s. Since that time, we’ve been there and back a lot of times with a lot of fond memories. In those days, Nina would often put together photo scrapbooks of the tournaments we went to and I occasionally run across some of the pictures she took. As you might imagine, Guido and his family are in a number of those photos.

“Ready with a smile, a good story, and plenty of competition, the truth is, Guido did more for his fellow anglers than he ever did for himself. He’s also left a great legacy with Dion and the boys. It’s something that becomes more important to all of us as we pass the baton to those worthy of handling it.

“It’s a pleasure to say that Guido was one of the good ol’ boys that helped build this sport by constantly pouring his knowledge and support into others. I’ll miss him dearly.”

Biffle: “I liked Guido — he was all country and told it like it was! Had the pleasure of drawing him back in the day — he was great to fish with and one of the all time greats of the sport. RIP til we meet again!”

KVD: “I didn’t know him extremely well, but I sure respected him a lot…a legendary finesse and sight-fisherman. Over the years got to know him and his son [Dion] both — I competed against them for a lot of years. I definitely respected him and the way that he fished. He was always going to do things his own way.

“It really was a shock to hear. All our thoughts and prayers are with Stella, Dion and the whole family.”

Ike: “I had the wonderful pleasure of fishing with Guido in the BASS Top 150 on Lake Norman. I was in college then and fishing as an amateur. When drew him out I was so excited because as a kid I always looked up to him as the father of finesse fishing!

“The day was amazing! We both caught limits and he was such a great teacher, coaching me through out the day. Later the following year I attended a Bassmaster University class in Harrisburg, PA where he was speaking. He remembered me, and after the seminar was over he spent well over an hour talking to me and giving me pointers on how to make it as a professional angler. Guido was a first-class guy and he will be dearly missed!”

Like I said: Pioneers have a huge influence, and that’s just a little tiny bit of how much Guido affected everyone in bassin’.

Here’s how I remember him: Always cordial, quiet but intense, and willing to share some (not all, which you gotta respect!) of what he knew about bassin’, which was a ton.

For me, a kid from Jersey, Guido also was someone who represented the almost mystical world of bassin’. Southern guys catching big fish on the lakes I read about — like Lake of the Ozarks — but thought I’d probly never fish…all that was awesome to me, like a different world or planet.

So thank you Guido — and Stella, Dion and the rest of the Hibdon clan — for just being you and for how much you’ve done to further this crazy awesome world of catching the basses. Amazing, appreciated, much respect and love.

The family has requested that instead of flowers, if you would like to send something and if you ever met or got to know Guido to drop them a note telling them your thoughts about Guido so Stella can compile those comments and notes into a booklet for
her grandchildren.

Here’s the Guido vids on YouTube. Learn from a master! 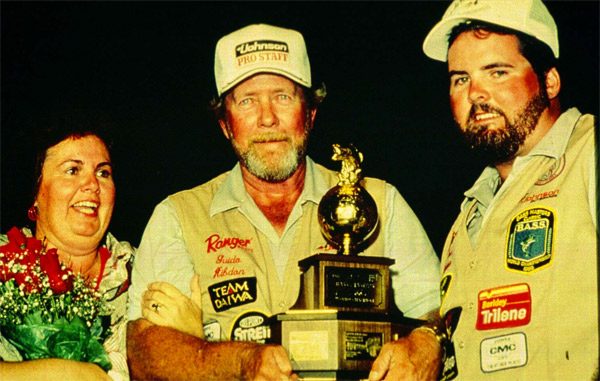 Love this shot posted by Craig Lamb at B.A.S.S.: 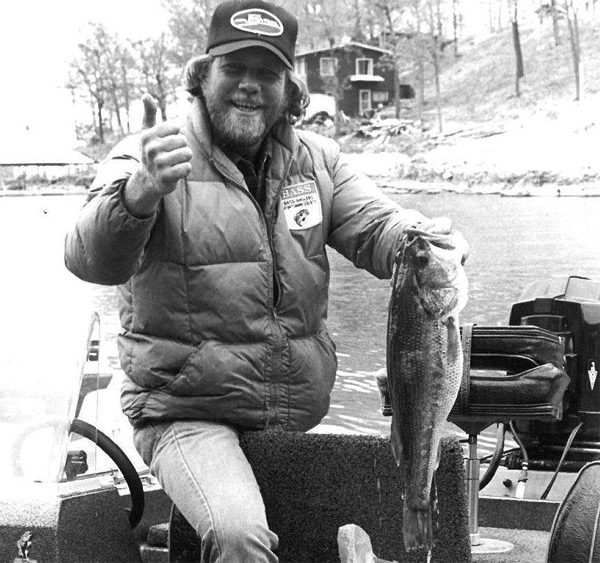 What I wear in cold weather (bassin’, huntin’)
How the Elites felt at the first one