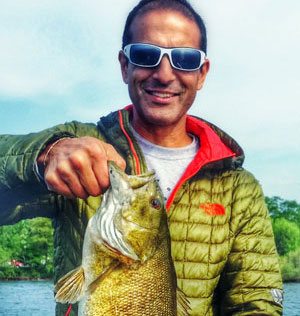 Lord, please let my hair grow back…or make sure I don’t forget to wear a hat….

Got a decent number of comments about Kevin Short’s last column, some phone calls, people want my take. So here’s my 2c.

First, I’m glad Kevin took the time to look into that stuff and write down what he found. It’s not the whole $$ story in pro bassin’ because that would take a lot more time and space, but it’s interesting.

To the industry folks I gotta say don’t get emotional about it or overreact.

Whenever something happens that some folks think puts a cloud over the bassin’ sun, inevitably a few freak out like all the air will get out of the balloon.

Bassin’ goes on, a good thing. Don’t worry about it.

Just heard this quote on SportsCenter, might give you some perspective â€“ Joe Namath talking about the NFL:

This is America. Are you kidding? We get critiqued from the 1st grade on or maybe earlier than that. I’m a fan, I’m entitled to voice my opinion.

Ergo, anyone in the biz who got irked by what Kevin wrote, hitch up your big boy coveralls and move on.

My 2c about pro bassin’ overall is this:

Is it the way everyone would ideally want it? No â€“ and I’m sure that’s been the case since Ray Scott birthed it. I bet EVERYONE, including the derby organizations, wishes it were different, just maybe for different reasons.

In case you think pro bassin’ can be “fixed” payout-wise, pay real close attention to this:

Once upon a time back in my BassFan days I got fired up and tried to change the pro tourney format and payout. We put on a national tourney, nearly all top pros showed up. Not only was there no entry fee, we PAID THEM AN APPEARANCE FEE which more than covered their expenses AND we had a 6-figure payout AND put it on national TV.

There’s never been another tournament like that, including the Classic.

Believe that was the first and only independent attempt to actually do something about this perceived expense/payout problem, done by someone in this biz NOT interested in getting into the tourney game. Worked like a charm…and no one cared, including the pros! Learned a lot, moved on.

Read that as many times as you have to til it sinks in.

Do I care if the pro level is more like poker than golf $-wise? No and yes, and the yes is mostly because I love the guys and their families. About the poker nature of this game, just remember where bass fishing came from. It came from people throwing money in a pot and fishing for it. That’s what it is. That’s what bassin’s genes are.

Can it change? Sure, anything’s possible. But you’d pretty much have to grow a new bassin’ baby. Start over.

For now it’s biz as usual, a game played by adults who have their eyes wide open going in. Some make out great, some okay, some not so good. I’ve managed to do all three in life without ever fishing the Elites…because those are the three possible outcomes when you take any risk, not just pro fishing.

And about the pro football analogy â€“ playing in the NFL is a risk too: Some NFL players end up fine and well off, but a lot end up broke AND crippled or otherwise messed up. Of those choices, I’d take broke.

All we can do

Is bassin’ awesome regardless of [insert your gripe here]? Yeah man! I love it. Don’t know why really. God wired me this way, I’m sure you’re the same.

Texted a pro who reached out after he read K-Pink’s column. Told him that bassin’ “is what it is. Just keep doing what you’re doing, help people when you can, all we can do.” That’s where I’m at. Doesn’t mean I don’t care. Just means I got perspective.

Am I thankful for it all â€“ the pros, fans, sponsors and tourney organizations? You bet. Flip side is a world without pro bassin’, which would be lamer than watching one of my wife’s tennis matches (I know she won’t read this so….).

My advice to another friend in bassin’: Take the work seriously. Don’t take bass fishing seriously. If you do that, it just gives you ulcers (take it from someone who’s been there).

Just one idiot’s view after many years of wanderin’ the bassin’ wilderness.

I think it’s great that Kevin â€“ a many-year, pretty darn successful Elite pro â€“ wants to give his unvarnished opinions about stuff. No other ex-bass pro does that, which is kind of incredible and a darn shame. Can you imagine ESPN without ex-pros? Would be pretty dull.

If Kevin wants to write stuff down I think is interesting, I’m happy to share it with you. That’s all that’s going on here. I have no axe to grind â€“ thank the good Lord for burning that outta my system â€“ and I hope Kevin won’t cross the line from info to axe.

That doesn’t mean opinions have no place in bassin’ because they do. And opinions are what the interwebz runs on anyhow….

For some reason many bassin’ peeps expect me to look into things â€“ I guess that rep is why I’m not on TV anymore (lol). Probably because of the old BassFan days where we did old-school reporting and looked deeper into some issues.

I appreciate folks thinking of me, but I ain’t in that game no mo. I’m happy to highlight and comment on what other folks say, having seen and done a whole lot in bassin’, and I’m glad you care about what I think sometimes. But don’t expect me to get into any more fisticuffs.