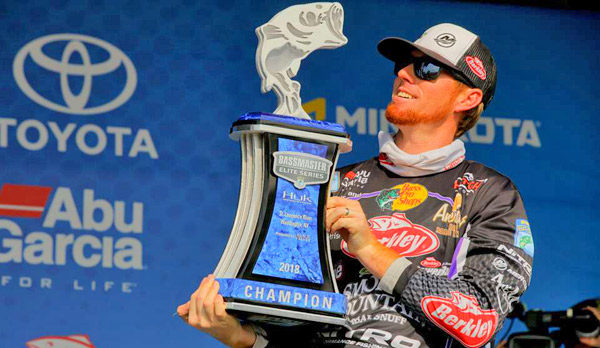 The prior 3 times the Bassmaster Elite Series hit the St Lawrence River, NY, Josh Bertrand finished 16th, 11th and 8th. He wasn’t bangin’ at the door, but he was right outside. Well, now he’s in…IN the relatively small club of guys who have won an Elite. Here’s how he did it.

What was different this time

> “This time things went a little more smoothly. I was a little more efficient. I didn’t change [his year to year] gameplan, just conditions fell into my hands a little better.

> “Every time, I’ve fished deep. I’ve survived, but there were still a lot of shallow fish. This time we were here a month later, and more fish were out where I was fishing. I knew it the first day of practice — I had 2-3 times more bites than I had the last couple times we were here. But by the sheer amount of bites I had on the first practice day, I knew it’d be a good tournament for everyone.

> “I definitely had a good practice and felt like I could have a really solid tournament. I knew I would, honestly. I’d never caught that many fish over 5 in practice. I never caught any 6s or anything like that….”

> “…definitely were lulls. Early [was good], around 9:00 I was starting to get lulls. You might go 2 hours [without a bite]…pick up again the last couple hours of the day.

> “Because of the current, if you see one [on electronics], you can’t drop straight down [on the fish]…. You can pitch it out in front — I was able to catch some doing that. About 10% I saw and dropped on, but 90% were [drifting through] a place I expected them to be….

> “It wasn’t a pattern. I know junk-fishing is a bunch of rods on the deck and you fish everything in front of you, but this was a 1-technique junk-fishing pattern. I hit a lot of different spots. It was chaotic. I had similar weights other than the 1st day so it looked like I was consistent, but I fished a lot of places…random stuff.” 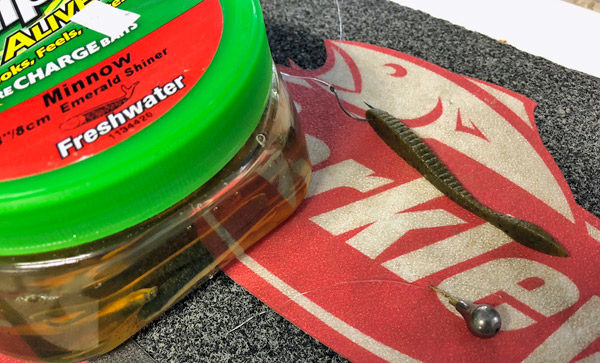 > “I caught 90% of my fish dropshotting…caught some with a jighead worm.

> Dropshot baits: “In the morning I fished a Berkley MaxScent Flat Worm (gp). It looked like a goby. Periodically I switched it out to a smaller bait — a 3″ Gulp! Minnow (emerald shiner). That’s a tried and true bait for me there…when fish get a lot of pressure…around other boats or when [bites] slowed down….

> Josh runs Garmin 7612s and 7610s: “I feel like Garmin has the best mapping of this place…able to know exactly where all dropoffs are on the shoals. The sonar was so good and crisp it was easy to see fish hiding down in the rocks.

> “The zebra mussels were bad, but when you’re dropshotting they don’t have as bad an effect…with your weight on the bottom. You have to be careful when you hook the fish around a sharp dropoff — they knew how to go whatever direction you don’t want them to go [and try to break you off]. So you have to get on the trolling motor to move them.

> “This is pretty unbelievable — it’s been a humbling week for me. I was pretty much in shock last night.”