What makes a great bassin’ name? Well, guess if your name was Ketch Bass that would be a good one, but if not it’s just something memorable. Out of the ordinary. Not John Smith…not that there’s anything wrong with that…. So here’s some cool bassin’ names that BB readers like, in no particular order:

Woo Daves â€“ Not sure if Woo’s his birth name, but either way it’s great.

Cliff Pirch â€“ Pirch, perch. Only way this would be better is if he was Cliff Bluegill.

Stetson Blaylock â€“ Another name that makes me think of Westerns.

Jim Bitter â€“ Nothing to do with the Classic lol (seriously Jim was always cool about it).

Mike Wurm â€“ Think he made Sports Illustrated for his name…seriously, they thought it was hilarious for a fisherman.

Didn’t cover that here, but did mention that in the BassBlaster that led to this list. Some good ones but the best has gotta be: the Hack Attack. 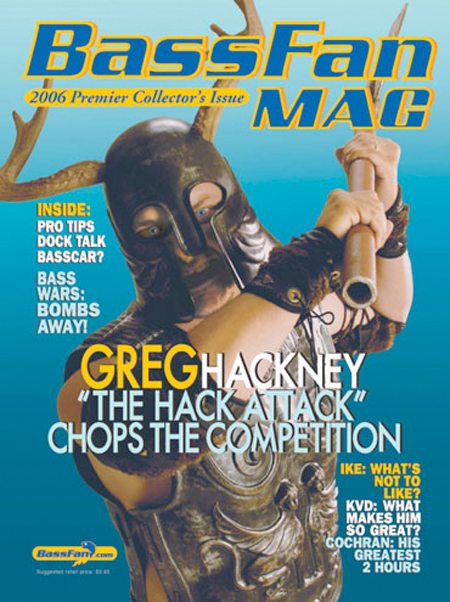 What happened to A-Mart at Mille Lacs?
WTH is a “slaunch”??