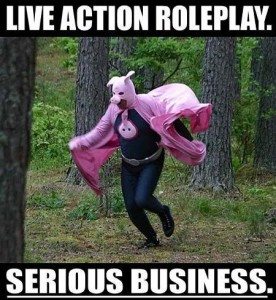 What’s the matter? You’ve never heard of any of these species? That’s because you can only catch them in places like Deepholm, Mount Hyjal, the Twilight Highlands and Vashj’irâ€”all of which are mythical locations in the online nerdfest known as World of Warcraft, or WoW, if you happen to speak the Dorkish toungue.

Apparently there’s a new expansion pack on the horizon for the popular online game called Cataclysm, and one of the Cataclysm tweaks that WoW-ers are stoked about is enhanced fishing features. Yeah, I mean fishing, as in the same kind of thing we do in real life with rods and reels.

Check out some of the cool new fishing objectives built into Cataclysm as explained in this article:

“The new skill,Â Illustrious Grand Master Fishing, enables players to raise their fishing skill to 525.”
[No idea what the heck this means, but pretty sure KVD already holds this title.]

“Cataclysm is adding in a bunch of new fish in the new level 80 to 85 zones. While the world has been torn asunder, Azeroth’s native sea creatures have survived Deathwing’s fires, and things haven’t changed other than some zone levels and fish caught there.”
[Ohhh! Now that you explain it that way it all makes perfect sense! Wait, huh?]

“Alchemists use the Albino Cavefish to create Deepstone Oil, so find an alchemist buyer for your extra Cavefish stock.”
[Dude, I’m in SERIOUS need of some Deepstone Oil. I use that stuff on my swimbaits and it drives the fish crazy.]

Go ahead. Snort and giggle at the pale-faced gamer nation. But I warn you, these obsessed RPGers (role-playing gamers) have been known to actually take the fantasy a step further and bring the game to real life. These people are called LARPers (live-action role players). I present to you, Exhibit A (aka ‘Lightning Bolt Guy’):

Now, imagine you’re minding your own business while soaking a Senko at your local pond and from the east approaches a horde of dudes from the Guild of Gavendorf toting tackle boxes and budget spinning rigs. It’s all fun and games until you find yourself smack dab in the middle of an all-out, nerds-only fishing derby.

I’m just saying you might want to brush up on your magic and sword skills before your favorite honey hole gets overrun by a bunch of geeks wearing costumes made out of tin foil and toilet paper. Don’t say I didn’t warn you.