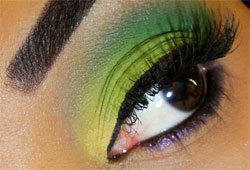 I bet you do, and if you’re from the Fritts-land area, you probably know what I’m talking about.

Here’s more, from a column on the-dispatch.com, a North Carolina newspaper’s website:

Biesecker and Wright caught countless numbers of High Rock bass with green/chartreuse crankbaits. The color combo became known as the â€œHomer colorâ€ because Biesecker was the first to discover its effectiveness.

Pretty cool. I wonder how many other such unsung pioneers we have in bass-land. You know of any, let us know. We’d love to get their stories.

WTH Are Sponsorship Criteria?
Why Troutinâ€™ Is Better Than Bassinâ€™