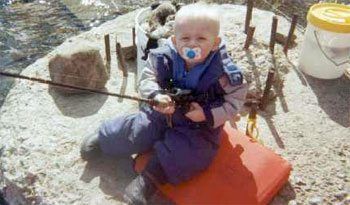 With the recent, somewhat-abated Cullgate flap about culling in Wisconsin (and MN), it was pretty darn interesting to read a recent article on Madison.com that talked about how huge derbies are in WI â€“ and how the state is aware of it.

Highlights from the article:

> Joanna Griffin, tournament coordinator for the DNR, said the permit system and database reveals just how popular tournament fishing is. “What’s interesting is where all the tournaments occur and how much money, time, and effort is devoted to them.”

> 61 percent of the tournaments were “catch, hold and release.”

> The number of fish registered in bass and walleye tournaments decreased with the decrease in tournaments from last year, however registered catch of Great Lakes salmon and trout, panfish, and muskie all increased.

How ’bout them apples?

> You can read the whole report here (pdf).

> Tournaments took place in 64 counties; Winnebago County was tops with 37, followed by Oneida County with 32 and Waukesha County with 30.

Science: Your Delta Bass Assumptions Are Wrong
You Gonna Fish on Your 101st Birthday?