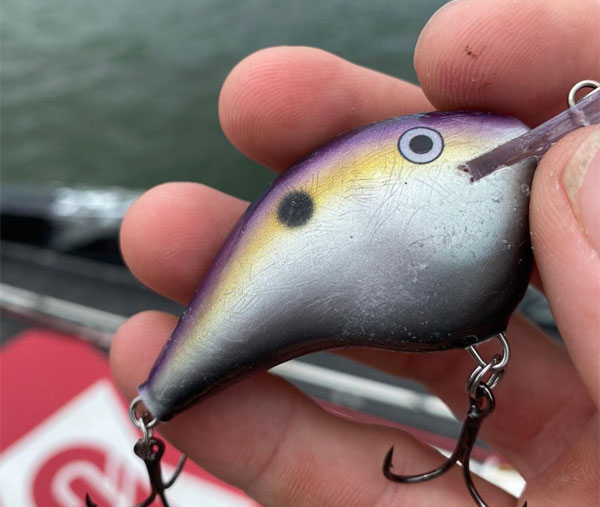 Rapala DT cranks in the new “big shad” color have factored in 2 big wins so far this year. Interesting fact — here’s the things I wanted to know:

1. How the color was developed

3. Are we seeing a new era of crankin’

It all started when a semi-decent fisherman from IN — let’s call him “Jacob Wheeler” — brought a crankbait color to a good bud of his who hates wearing shoes — let’s call him “Ott DeFoe.” Jacob liked the color and said they — both Rapala guys — needed more baits painted thataway. Ott liked it too and asked his bud Jason “Biggs” Chambers to paint some up:

> Ott: “3-4 years ago Wheeler had a DT16 or 20 he gave me…said it’s a color he really catches them good on at times…. [Biggs painted some] that were exactly the same. It was good — it had some more blue in it than what we do now [more purple now].”

> Jacob: “It came from a [custom-painted] DT10 I’d been catching bass on since I was 16…very similar color to that.

> “Otter and I are good buddies…we always talk about colors, we’re always working together on ideas, he’s really good to bounce ideas off of…how do you like this or whatever. We try to make the best colors and products we possibly can at Rapala. And being that we’re friends and both live in TN, we’re very open to each other.

> Ott: “Then a year later…said I need to get some more of those in everything, all sizes [of DTs] and the prototype [new/not yet out Rapala OG] Slim too. [Biggs] painted up a whole bunch of them….

> “It had more purple. The second batch he did, he said, ‘I’m going to try something a little different, different paint I think will look really good.’ And it did. The other one was pretty, but this one was way better. …when I saw it, I said, ‘That’s the one.’

> Jacob: “I like a really natural color. …Biggs did his own spin on the color.” 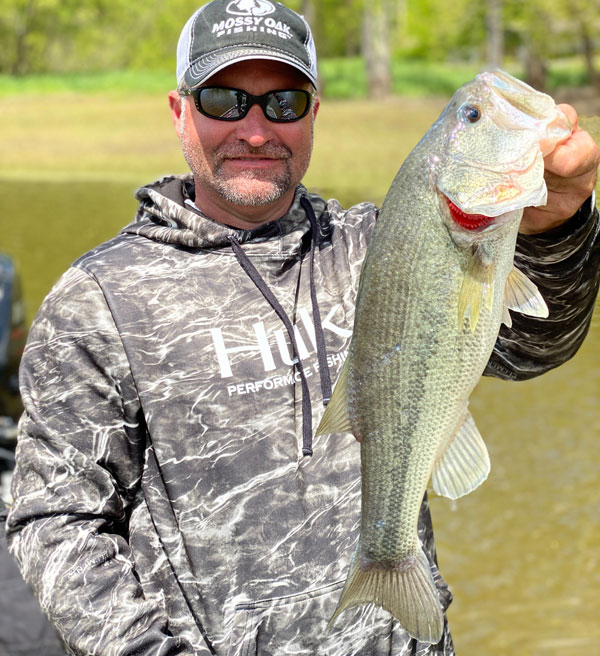 2. Why this color is good

> Jacob: “The key with the color is this: There’s times on offshore fish that a very loud color — blue/chartreuse, citrus shads — are really good in getting those fish to react and get fired up. But there’s also times where the more subtle colors get 4:1 in bites compared to the loud chartreuses.

> “So over the years, I realized that…hues are everything. The base colors — white, pearl, chartreuse, red — that’s the key. So when there’s a very natural hue to the crankbait, something about that makes those fish react better. And that [big shad] color, in certain situations those fish react better and get the bait better than any other color out there in my opinion.”

> Ott: “…with plastic you can make it translucent and real natural. With balsa [which Rapala uses], you can’t so you have to have a color — primarily on the side — that’s extremely natural. [Big shad]…not a real gaudy color on the side, and to me that’s probably the biggest key with it.”

> Jacob: “You might be able to catch them with citrus shad or whatever, but they [might be hooked in the side] or just have 1 set of hooks in the mouth. But when the front hook is in their mouth…hook to land ratio goes way up when you dial it in. And a lot of times that color is the deal.”

> Ott: “For me I’ve caught ’em on it from pretty clean water, like 3-4′ visibility, down to 1-1.5′ visibility — which for the color of the bait doesn’t make as much sense because I think it’s a natural color. To me the water clarity has a little to do with it, but in some ways it’s pressured fish or educated fish in general — it’s so much more natural of a color.

> “It does replace some colors for me a little bit…I have so much confidence in ‘big shad’ now. I still carry other colors, but if money’s on the line I’ll probably pick this one up…. For a somewhat natural shad pattern, it’s far and away my go-to.” 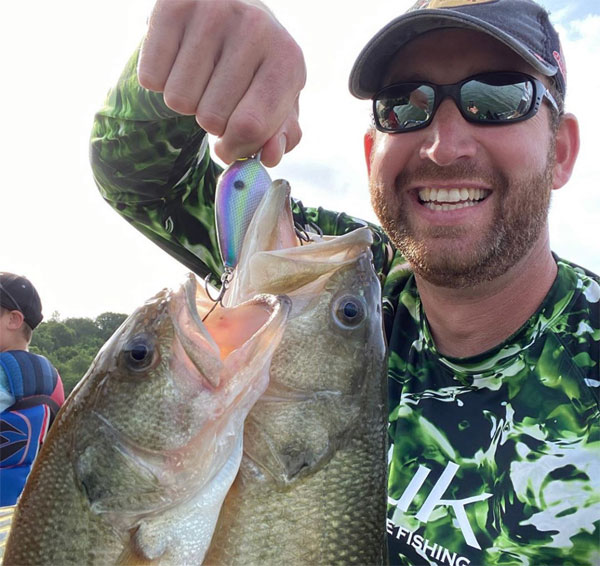 So why let such a great color out?

Jacob: “…you just realize you can only keep so many things secret in the fishing world…just a matter of time. …want the right colors [as standard colors], not just custom-painted stuff, and I want [other fishermen] to see for themselves. I think that was the big thing — I want to see Rapala with the best colors out there….”

If you remember or are a student of bassin’ enough to know about the NC era of crankin’, led by the one and only David Fritts, you know what I’m talkin’ ’bout here. David Wright, Gerald Beck, the Homer color, High Rock Lake, that whole deal — it was a big deal at the time.

Not that NC had the first or best crankers, it was just a revelation to other parts of the country at the time.

More recent examples of periodic crankin’ dominance were deep baits in TX (eg, Norman DD22s), Lucky Craft and other 1.5s, and the Strike King XDs, a lot in the Kentucky Lake/TN River area but not only: Keith Combs won a few bucks with those baits in a few different places.

So bait dominance/talk comes and goes, and sometimes regional stuff gets national attention, like the recent outing of OK spinnerbait secrets with the BOOYAH Covert Series.

For decades eastern TN fishermen have been crankin’ hammers and crank fiddlers — painting, flattenin’ sides, craftin’ custom baits, you name it. I don’t think they’ve ridden a consistent national wave yet, but that might be changing now.

First, Ott won a little derby called the Classic outta Knoxville, and fished various cranks. That’s when word started to trickle out about this Ott-designed bait that he, Ike and other fishermen liked…which is the new Rapala OG Slim, coming out this summer.

Then the DTs — co-designed a while back by Fritts, then Randy Howell won his Classic on one, and lately they’ve been showing up in a bunch o’ different places, including Jacob’s back to back TN River FLW wins.

So…have we been creepin’ up on a new era of crankin’ — the TN era? Not sayin’ it’s new, just maybe the east TN boys are gonna get their crankin’ due for a while?

> “It’s a composite rod but it’s not stiff…very parabolic rod, bends all the way down. It’s the rod I won the Classic with…Lake Athens [BPT] it was my primary rod. People say, ‘Man I can’t believe you use a $90 rod to fish for a living.’ But it’s the perfect crankbait rod.”

The new DT colors should start rolling out this month. Here’s most of the DT colors on Tackle Warehouse, and here are the Ike colors. Word is the new colors won’t be Ike colors.

David Mullins breaks down the Damiki Rig
What is PowerBait Maxscent and why did it just kick serious tail?