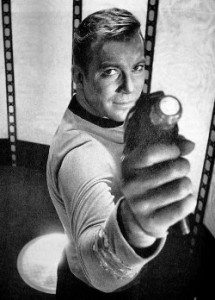 A new management brief in the December 2010 issue of the North American Journal of Fisheries Management provides some detail as to the effect of electro-fishing on the feeding of largemouth bass. Electro-fishing Practices Have Limited Effects on Largemouth Bass Feeding Behavior by Michael J. Siepker and Kenneth G. Ostrand looked at how long it would take largemouth bass of various sizes to resume feeding after a single electro-fishing event.

Electro-fishing is the most commonly used form of sampling utilized by biologists and researchers to obtain information on warm water species such as bass and bluegill. Anglers frequently wonder about negative impacts that fish might suffer when seeing or hearing of survey work taking place. Some anglers even assume the fish are all being killed by the procedure or at least removed from the lake. This is rarely the case, however.

In this study, it was found that in most all instances, largemouth bass resumed normal feeding within 4 hours of being electro-fished. This short duration of time is largely believed to have no long term impacts on growth of bass, and not much negative effect as relates to recreational anglers ability to catch said fish after a period of recuperation. This is even more likely the case considering that a large part of the electro-fishing effort is commonly carried out late in the day or in the early evening, often on week days. In most cases, fish would have all night to recuperate before possibly encountering the majority of anglers the next morning.

Of course, thatâ€™s not going to help the poor angler who has unknowingly been chunking his baits to no avail for the past couple hours down a bank that the local Wildlife officials surveyed that morning. Coincidently, that is exactly what happened to Rick Clunn in the 1979 Classic on Lake Texoma, where he spent 2 hours fruitlessly fishing a bank in Rock Cr. on the second day before realizing what had happened. Rick ended up third in that Classic.

A couple other interesting notes from the research:

Electro-fishing is a valuable tool to local fisheries biologists, and the information gained from the practice certainly seems to outweigh any potential short term negative consequences. Maintaining a close eye on bass populations allows for greater flexibility in evaluating potential regulation change, and the published studies can be of great value to bass anglers when selecting and evaluating fishing destinations.