Few quick things about this:

1. Get a LOT of stuff sent in for the BB, so a good bit doesn’t make it. Hope to go to a third Blaster a week, but not happening quite yet.

2. I don’t take every company that wants to be in the Blaster because it’s not about the $ — it’s about the relationship I have with you and with them.

3. There’s a lot of good tackle, etc. in bass fishing…one of the things that makes this crazy sport so great. Can’t list it all here, won’t try to.

So here’s some info on spring baits — stuff made by Blaster sponsors (advertisers, whatever) because yes they support the nutty form of info-tainment that is Jay Kumar’s BassBlaster, but they also make dang good stuff…which I use…which is why they’re in the Blaster.

A bunch of info and commentary in this issue, hope you dig it, welcome opinions either way.

Here’s the deal with jerkbaits: 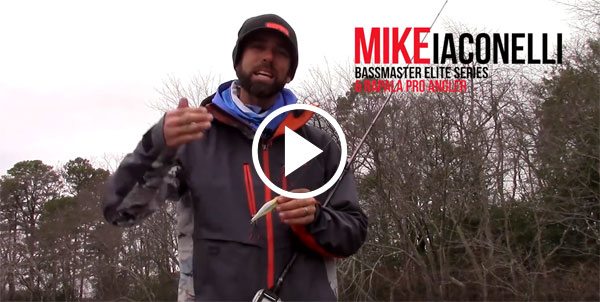 Some sick new colors too like this one, olive drab:

2. Strike King KVD Deep Jerkbait (J300).If it says Strike King and KVD, Kevin had a major hand in designing it and uses it, so you can take it to the bank. Kev may not be KNOWN as a jerkbait guy, but as a northern clear-water dude, he for sure is one. Said:

> “We perfected the bill and the weight transfer system such that this bait will cast great, achieve maximum depth and maintain the perfect action that draws strikes. I can consistently get this bait down to, and get bites at 11′ [suspends at 11′ too]. We have a few baits in our product line that standouts. This is one of those. It’s special.” 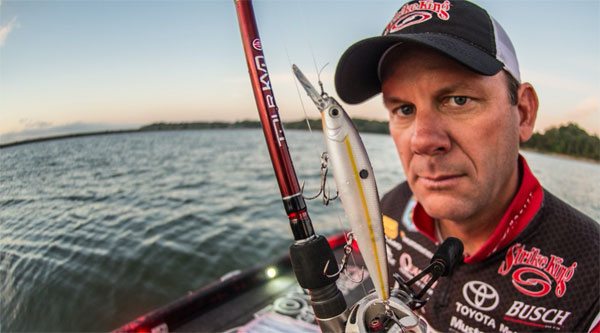 Is KVD always that serious? On the water he won’t even smile as much as in that pic.3. YUM Baby Christie Critter.

3.5″ of fish-catching shazam now at TackleWarehouse. Here’s how Jason Christie, who seems to be the featured dude in this issue (unintentionally), rigs it: 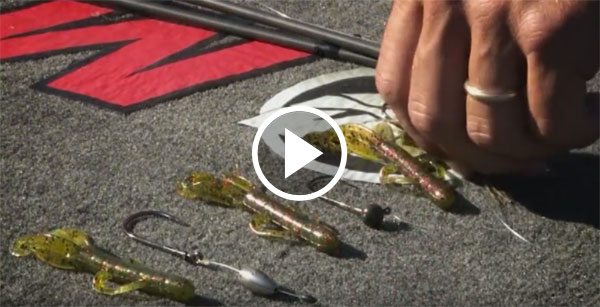 4. Gamakatsu Superline Swimbait Head.That name basically says it all, but here’s the deal: the screw-lock is good, the hook is great. Here’s Johnny Crews talkin’ ’bout it:

6. Shimano Curado 70.Sexy and ultra-comfy smaller profile. Put one in your hand, then all will become clear.

As made famous by Jason Christie in his 2nd-place finish at this year’s Bassin’master Classic, coming out “soon” (hurry up already Yum): 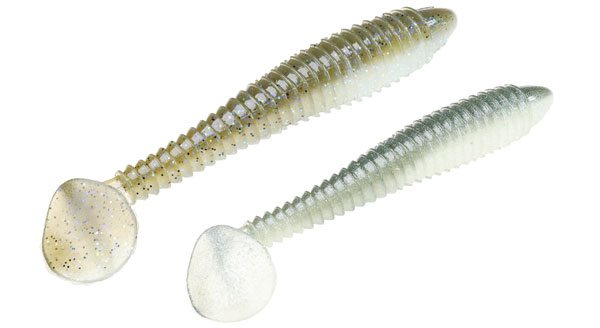 Not sure what’s with all the Rage there at Strike King but maybe some therapy in order…lol.

Some say better than the Senko, either way a no-brainer. So many good colors (drool). If you can’t catch a bass on a wacky-rigged Dinger, head back to the dock.

Also check the YUM Swim’n Dinger. Advantage: You can swim it slower than almost all swimbaits but still get great tail action. Watch Alton Jones explain it:

2. BOOYAH Pad Crasher.Are you a “black or white only” frog guy? Lots of peeps are, but…that means the bass have seen a bunch of ’em. The Pad Crasher has 3 new colors, including “sunburn,” Jason Christie’s fave color (the one he threw on the St. Johns): 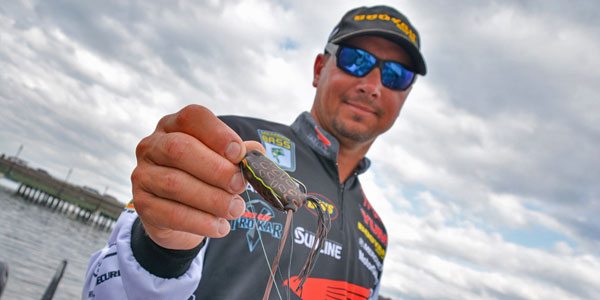 Other new colors are Night Train and Ole’ Smokey, which I believe is a hot color on Guntersville?If you’re wanting a bait that doesn’t move as much when you jerk it, go with the Poppin’ Pad Crasher.

You’d be nuts fishing in the spring without Rat-L-Traps (and Strike King Red Eye Shads — you need both), but ‘Trap-makers Bill Lewis have another crank you need to be checkin’ out, the LIPPED Echo 1.75 Squarebill.

More info here and in the vid, but here’s the deal: It’s different than any other squarebill. Almost a Chatterbait alternative. I like it for a couple reasons, including the fact that it sounds different depending on how you reel it. 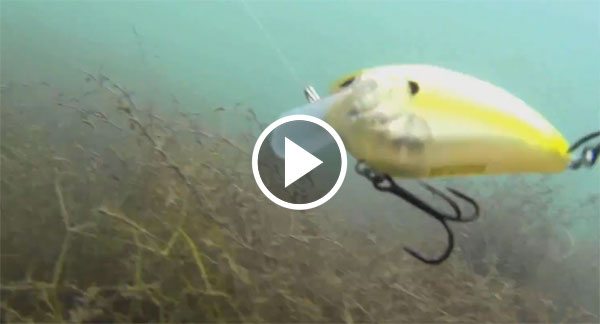 Give you 4 reasons to buy at least one of these bassin’ sticks:

6. Megastrike Shake2 EWG Pro Model Shakey Heads.Yes you’re gonna shakey-head, and MegaStrike makes one of the best shake-shake heads on the market. This vid shows why: 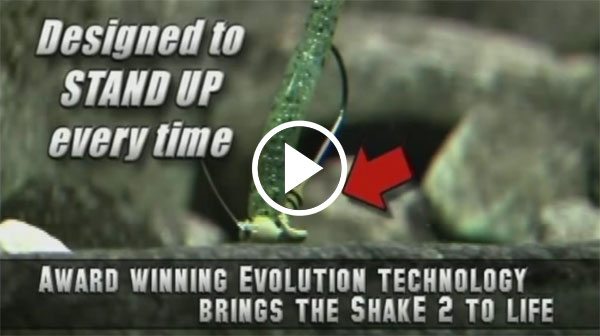 7. Lunkerhunt Limit Worm.When you shakey, try the Limit Worm. Name tells you what it’s for, but here’s FLWer Matt Arey tellin’ you its secret:

8. K2 Summit Wheeled 30.A high-quality and thus heavy cooler = a must…until you have to move it. If you’re highly mobile like I am, this thing is THE deal. Great size (not too small or big), and super easy to move. Worth every penny. 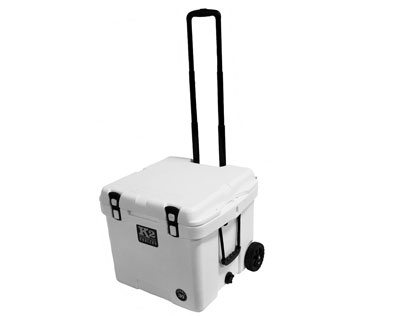 Along with the above, here are just a FEW of my faves cuz I love me some baits:

Confidence bait for me in the spring. The two I like are the Strike King Hack Attack Heavy Cover Swim Jig (personally I’ll always fish something designed by Hack) and the BOOYAH Bankroll Jig — not designed as a swim-jig but a good one.

I like a no-action chunk in early spring — like a Zoom Big Salty or Super Chunk. Let me know if you swear by something else.

KILLER crank, as A-Mart said (reluctantly) at the Classic. He likes it for cold water, I like it for smallies…which may be the same thing. Don’t have a fave color, but my fave color name is…wedgy (pictured): 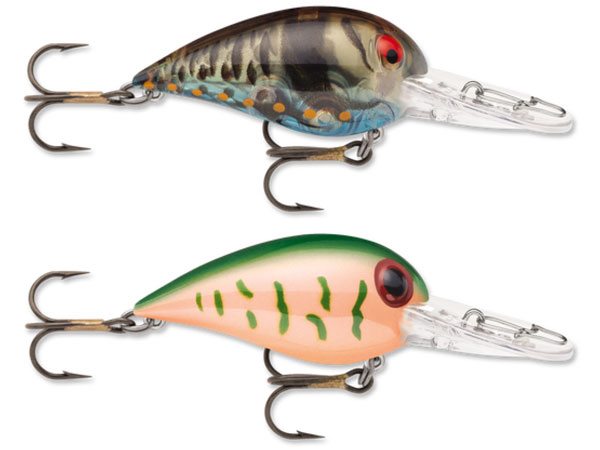 > “I like to cycle through the colors to see which ones they eat a little better,” Brandon Palaniuk said. “Most of the time, I’m going to start with something with some green in it.”

> “…they expanded the color range so you have the ability to broaden and dial in.”

Case there’s any doubt, the original Warts are built from Storm’s original molds but now have VMC trebles.

If you are crankin’ any kind of deeper anything and you don’t have two 6XD rods on deck and a box full of ’em in the boat, you are flat cray-zay — it ain’t just for summer. Here’s one of my fave cover-all-bases colors, DB craw:

I’m obsessed with the right rod/line combo…but don’t have the time to figure it out right now, dang it. I don’t really change rods , but SO many lines to choose from. Here’s Jason Christie explaining which Sunline lines he uses for different applications: 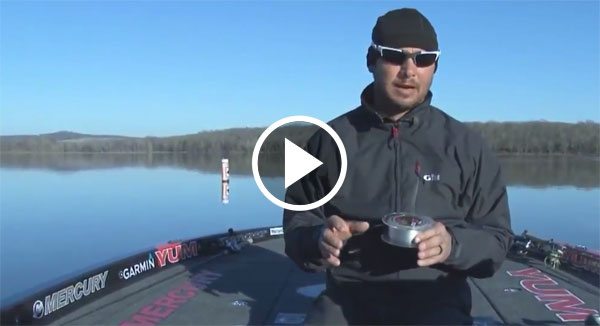 Btw here’s how Jason layers up for changing temps with Gill gear.

T-H Marine is like the candy store of bass fishing: All this cool stuff you can’t get anywhere else and I just WANT it.

Some must-haves like the Loc-R-Bar, G-Force Eliminator prop nut and G-Force Trolling Motor Handle — and the Hot Foot of course. Some cool stuff like the Hydrowave, Kong Mount (a “should have”) and waaaaay more. Those are on TackleWarehouse.com, but a lot more on the T-H Marine site.

If you want a new Ranger or a used whatever they have on the lot, a great place. My bud Pete Peterson will hook you up. Email him here.

NPAA stands for “Not the PAA” — lol, not really, it’s the National Professional Anglers Association. Formerly mostly walleye guys, now more and more bass folks. Here’s why: It’s all about improving your success in the fishing biz. Workshops, networking, etc. — NO tournaments. Take a look at joining up.