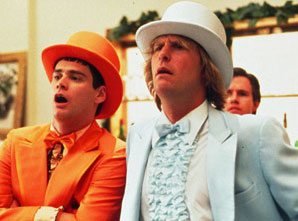 The commissioners were required to wear formal attire to the meeting.

A while back we posted about how the PA Fish and Boat Commission said that Susquehanna River smallies were suffering from pollution â€“ so they decided to ban spring bass tourneys, and mandate measure-and-release the rest of the year.

This is like…well, I can’t think of an analogy off the top of my head, but it’s dumb â€“ which basically is what some of our bassin’ brothers said at a recent meeting. Highlights from pennlive.com:

> â€œIt seems like the regulation was a direct attack on tournament fishing, when there are so many other factorsâ€ damaging the smallmouth bass population of the river, said Mick Schulkins, a Carlisle man who annually ranks among the top anglers in the Susquehanna River Tournament Trail.

> He said he fails to see any benefit in imposing a new regulation that will restrict tournament activities â€œif weâ€™re going to allow every Tom, Dick and Harry to fish the spawn.”

> Commissioners approved proposed regulation changes that would place catch and release regulations on bass on large stretches of the river â€“ from the inflatable fabridam at Sunbury downriver 98 miles to the Holtwood Dam in York County â€“ and its tributary, the Juniata River. They canâ€™t formally approve the changes until their meeting in April, but, pending that vote, Executive Director John Arway last October signed a temporary emergency order that put the regulation changes into plan on Jan. 1.

> For another non-tournament threat to the bass, Terry Schulkins, of Camp Hill, pointed to cormorants, which he described as fish-eating â€œbirds of prey that no one can do anything about because theyâ€™re federally protectedâ€¦ in numbers now that are completely out of controlâ€ along the river.

> Long-time river guide and world-famous fishing fly inventor Bob Clouser supported the new regulations. “This catch and release decision should and hopefully will start a trend of the many healing steps that are much needed to bring back a natural resources that used to please all that used it.”

> Michael Burton, conservation chairman for District III of the Pennsylvania Bass Federation, noted that no fishing regulation changes can solve the overriding issue threatening the bass and other life in the river. â€œOver the last few years, fisheries managers have consistently maintained that these regulations will not do much to improve the smallmouth bass population on the Susquehanna River,â€ he said. â€œFisheries biologists maintain that the problem is the water quality, not the fisherman.â€