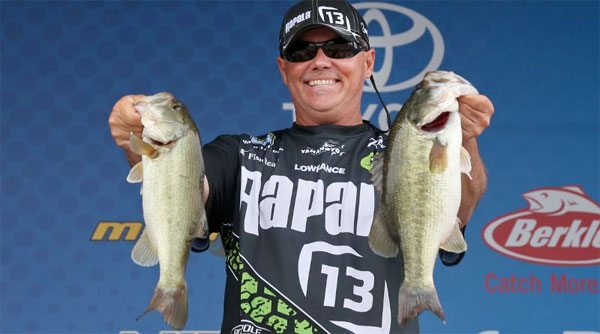 Dave Lefebre got within one big cull of Takahiro Omori at the Bassmaster Elite Series tournament on Wheeler Lake, AL. Here’s what he did.

> “The first day I went into the back of a creek that had three little feeders in the back — like a bay with three feeder creeks. At the mouth of the creeks were little ditches out in front of little flats.

> “The first day I wanted to get big bites early, so I threw a buzzbait and a frog. But everything I weighed except one was on a jig. So the rest of the week I was swimming and flipping a jig. It was really a two-jig deal.

> “Not a pattern, more of an area. I developed little patterns within that area. [Day 4] I picked it apart inch by inch, but [before that] I had been fishing pretty fast and when I got a decent limit I’d lay off — from about 10:30 on.

> “I fished bushes on the bank and isolated pieces of of wood that were on the flats. It mostly all revolved around some type of wood.

> “The buzzbait and frog the first day were both Terminator. I used a 1/2-oz buzzbait, black with an oversized copper blade. The copper blade is just one of those things — I’ve been fishing it a long time. I like it when it’s stained water.”

> “The frog was the new Terminator Popping Frog (black/red) that’s coming out at ICAST.

> “The rest of the time it was all jigs. I used a 1/4-oz Yamamoto Swimming Jig, black/blue with a black/blue oversized plastic frog trailer. I was skipping it into the nooks and crannies around stuff, and also between the pads. Staying away and making long skips, then swimming and twitching it. Day 4 most of the fish were on the swim jig.

> “I was flipping a 3/8-oz Terminator jig (black/blue) with an oversized skirt and a big [unnamed] chunk trailer. I wanted the biggest profile I could get.” 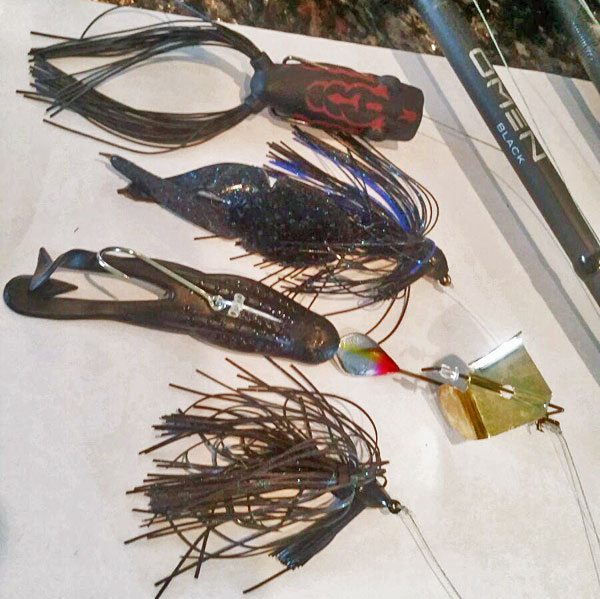 > “That big-profile jig was really hard to get exactly where I wanted it, but that was one of the sacrifices I had to make: I really felt like it would consistently get big bites. It also rained after day 2, so I was able to get a little tighter and old-school flip them out. Mostly I was just flipping every little place could find.”

What happened on day 4?

It was his worst day:

> “I can’t really put my finger on it — I don’t know. I could have had way bigger bags days 1, 2 and 3, but I laid off them. I don’t know if Sunday they weren’t pulling as much water, but I don’t think it mattered as far as where I was. I know I conserved — there were a lot more big fish in there.

> “Maybe if I pitched the jig 1” to the left all day I would’ve won — probably something stupid like that. I couldn’t have managed it any better than I did.

> “It’s weird — I got to fish the juice all day long, and I’d fished it other days only a couple hours. I had the winning area for sure.”

Omori’s Wheeler winning pattern and baits
Crews’ and Kennedy’s Wheeler baits and patterns
To Top
We use cookies to ensure that we give you the best experience on our website. If you continue to use this site we will assume that you are happy with it. Cookie settingsACCEPT
Privacy & Cookies Policy