Kevin VanDam and nephew Jonathon fished the same way with almost the same baits at the Ross Barnett Bassmaster Elite, where they finished 2nd and 3rd. No surprise since they worked together on this one. 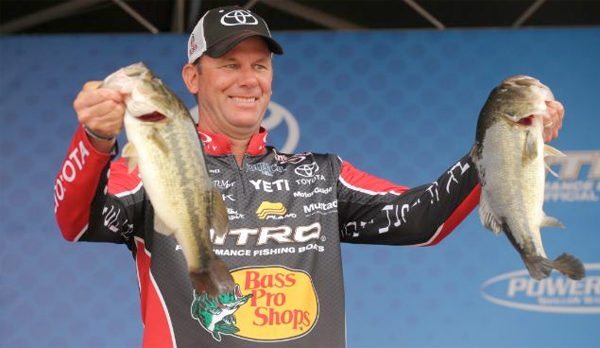 > “I was fishing the upper end of the lake where there’s a lot of different back channels, oxbows, backwaters — a lot of little chutes, points and ditches, places where bass were focused on shad. A lot of them were lined with grass and had scattered pads [plus clearer water].

> “Most guys were focusing on bank grass, but I was targeting fish in the middle of the sloughs where the shad were. I was fishing deeper cuts — 4-8′ deep, which is deep for there.

> “The fish I was catching were definitely not relating to the bottom at all. They were schooled up and focused on pods of shad. I was running the HydroWave on the delayed schooling pattern, and I triggered them to school quite a few times over the course of the event.

> “I caught a lot on the popper over 6-8′ of water — around floating grass clumps and scattered pads. Mats would go across these bays with the wind, and if you threw a bait by it over 10′ of water they’d bite it. That’s what the shad were relating to.

> “The areas I was catching fish, I tried to fish plastics on the bottom and never could get a bite. I caught everything on a moving bait….” 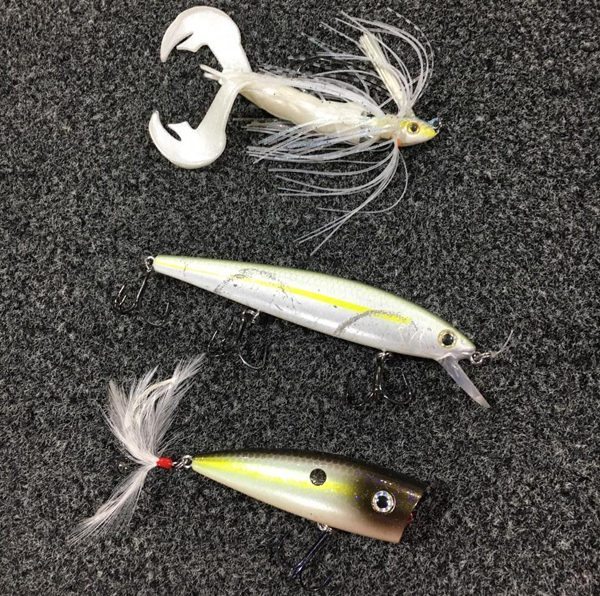 > “Everything I threw was a shad-imitating bait. I caught them on a 3/8-oz Strike King Tour Grade Buzzbait (white), on the KVD Splash (summer sexy shad), a 3/8-oz Strike King Pro Model Spinnerbait with double Colorados — “old-school” — and a 3/8-oz Swim Jig (sexy blueback herring) with a Rage Craw (pearl).

> “But the jerkbait was my most consistent bait day to day — a KVD 300 Series jerkbait (sexy blueback herring and sexy shad).” 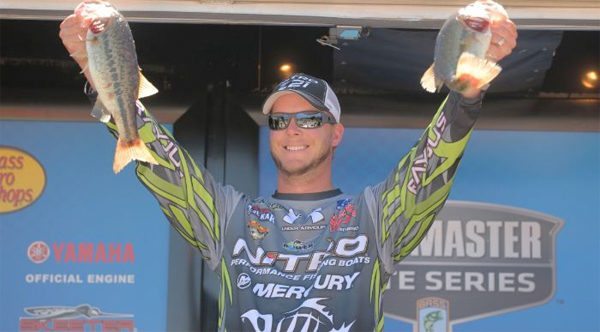 > “Basically we were fishing little saddles and points and stuff, where fish would push shad up to. Little sweetspots. Once you figured out where they were, you could be successful on almost every cast. I even caught a couple doubles this week.

> “Most fish were in 5-7′. I was throwing a jerkbait — a KVD 300 (chartreuse sexy shad) — on 17-lb fluoro, which helped the bait stay a little higher and helped rip it through the lily pads.

> “I also fished a 1/2-oz vibrating jig with a Menace Grub (pearl) and a black Strike King KVD Sexy Frog. With the water color, black was a better silhouette. I tried a white frog and Popping Perch — they’d slash at it but didn’t eat it. With the black frog they’d have it choked. I was looking for scattered gator grass and patches of duckweed.” 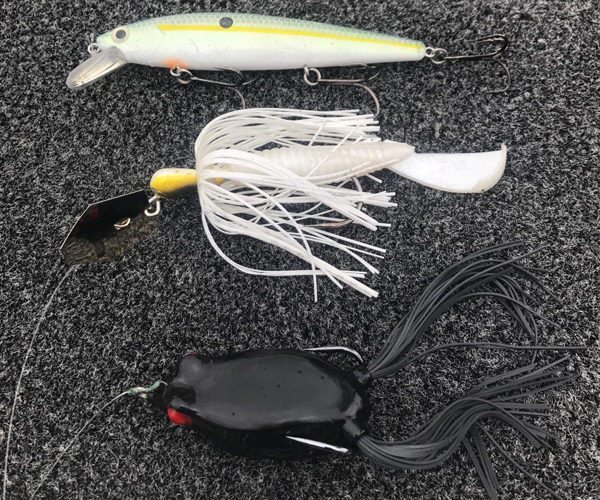 > KVD: “One thing that really helped was Lakemaster mapping. They did a fantastic job of mapping that lake, even all the backwaters and back chute channels. I couldn’t have done it without it — it made me so much more efficient. A lot of the stuff I was fishing in the tournament I’d never practiced before or seen. I was looking for the right ingredients on mapping that would create a [baitfish] funnel.”

> KVD on finishing 2nd: “I’d fished this place only one time in my life and I was like 17 yrs old. So this was a big question mark in my mind, and I was a little bit anxious going into it. But I like new places — you go in with an open mind. When you don’t have any history, it’s a lot easier to stay current and really focus on conditions as they change. I really feel good about the changes I made this week, how I adapted. I came close, so it was a good week.”

> JVD on why they did well: “We were both doing something totally different than everyone else. So many guys were frogging and flipping. Nobody was looking for these saddles and little ditches where fish were eating shad.”

Bobby Lane’s 4th-place Ross Barnett baits/pattern
Brent Ehrler’s 2nd-place Rayburn baits and pattern
To Top
We use cookies to ensure that we give you the best experience on our website. If you continue to use this site we will assume that you are happy with it. Cookie settingsACCEPT
Privacy & Cookies Policy