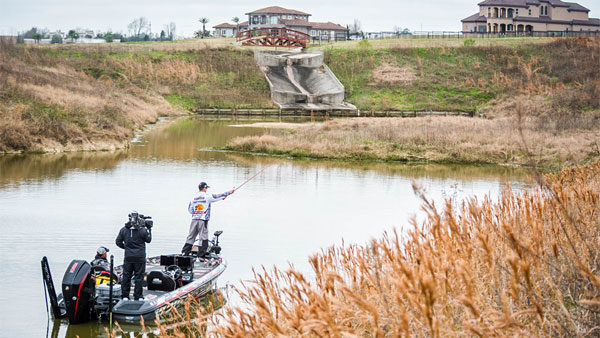 > “I found out through Andy Montgomery that the area I fished was closed off due to dredging [in practice] and I didn’t realize it because I didn’t try to go in there in practice.”

Which meant that Edwin had a spawning area all to himself — huge:

> “It was just a man-made canal…really shallow at the mouth of it and then got deeper, like 5′ deep…about 50 yards wide.

> “It was nasty [water color] when I went in there — I can only imagine what it looked like when they were dredging. Once I got in there, it cleaned up [6-8” viz].

> “It had what you needed for spawning. The biggest thing is it was protected — highly protected from the wind. It was starting to clean up because the backs of creeks are the first things to clean up. And it had natural shorelines.

> “Bulkheads had to have a foot of water on them [for spawning], but a lot were in 2-4′ and…when I figured out where I got my bites, you had to be shallow as shallow could be.

> “I just happened to find an area I had to myself. I had that spot and another one that I never did go to the final day.”

> “I couldn’t see anything [beds] — I was just pitching to the bank. I was trying to picture little indentations, points — undercut banks had a little bit deeper water up to the bank and those were the key stretches. I was pretending the spawning fish were moving up.

> “Those bigger females seemed to be out a little deeper…. A lot of times I caught those fish on the vibrating jig. The day I found those fish in the tournament those females were on those beds. Then it got cold and they backed out.

> “The final day I just kept going around [in the canal], doing circles, just to have a different angle to throw to fish and targets.” 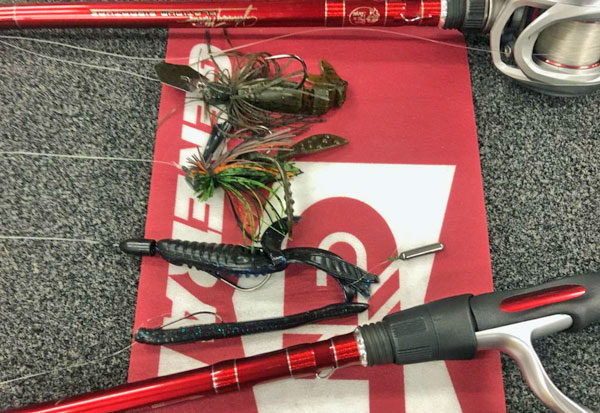 > “A couple things were real important. With my Navionics mapping — I got it updated — you can really see the shallow areas so you can differentiate between the bulkheads and the natural shoreline…. And I was able to pull up Google Earth on my Lowrance, which was really helpful. I was basically in search mode from the start.”

How Rick Clunn won (again!) at the St Johns
How Paul Mueller won the Lanier Elite
To Top
We use cookies to ensure that we give you the best experience on our website. If you continue to use this site we will assume that you are happy with it. Cookie settingsACCEPT
Privacy & Cookies Policy