If you’re getting the BassBlaster for the first time it’s cuz a bud signed you up!

Hack writes mea culpa…
…which is Latin for, “I was looking for my sammich.” Okay it’s more like: 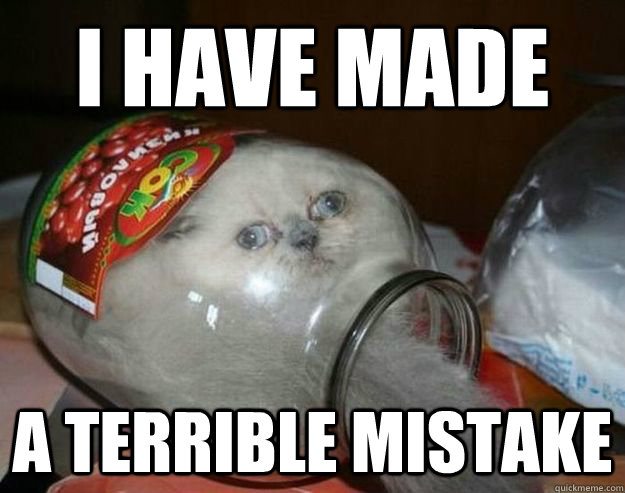 He’s also hacked off about his DQ. Who wouldn’t be? Read his verbiage here if you haven’t yet. Way I read that, he owns the mistake, but also thinks the punishment was too harsh. Also says a few other innerestin’ things in there like:

> B.A.S.S. officials gave us a big package of maps for Cayuga and for the Niagara River at the same time. It was half confusing, to me anyway.

> I was told [his penalty] couldn’t just be a fine because what I did created a competitive advantage to me. I disagree. If I’d kept the [one] fish, that would have been right. But I didn’t keep the fish. I culled it. So I didn’t get any benefit from being in the off-limits area.

> I don’t mind being punished. Nevertheless, I can’t help but feel like I was over-punished.

> This is not a Bubba sport anymore. There’s real money involved, along with careers and lives. If we’re going to be professional, we need to have procedures like professionals have. One mistake should not destroy an angler’s season.

Hey Hack — this IS a Bubba sport. Even the guys from Michigan say “y’all.” That don’t happen in the RGPFL (Roger Goodell’s Private Football League). Bassin’ always will be Bubba, right Si? 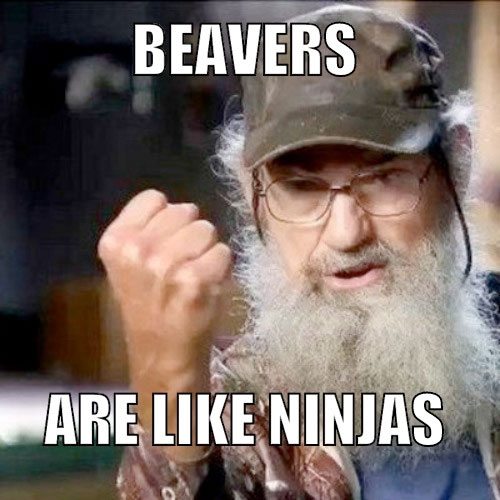 K-Pink and me on what went down.

Kevin Short gives his 2c on the whole Hack deal on BassBlaster.rocks. As usual he doesn’t pull any punches. A few highlights:

> I wouldn’t consider Greg and I to be close buds, but I know that he’s a stand-up guy. A guy who does it by the rules. Doesn’t skirt around grey areas to gain an advantage. He’s old-school and would rather beat you by just catching more bass.

> So after saying that, except for the great ideas on revamping some of the rules process at the bottom of his piece on Bassmaster.com, it should have been 24 words long. It should have read: “I made the mistake of not knowing the off-limits areas on Cayuga and I fished in one. It’s my bad and I own it.”

After that he goes all Harold Sharp on everyone.

Hack’s column also got me on the whole change stuff train so I sounded off too. Read it here, couple excerpts:

> Yep they all know how to read maps, but what about a chip or a cloud download at the beginning of the season with the off-limits areas highlighted, marked, etc.? Is it really that hard to do? Answer: no — but so what if it was: The Elites collectively are one of B.A.S.S.’s biggest customers so….

> This whole “oh my gosh a violation!” [so don’t talk about it] rules thing got screwy back when ESPN didn’t know what it was doing and one (or two) of the prior FLW regimes was so paranoid about the Wally-Mart relationship that they buried rule violations in some dump in Minneapolis.

> Let’s get over it already. Another way to say it: Does it make any kind of sense that Hackney is the one who wrote the story on his own violation?? 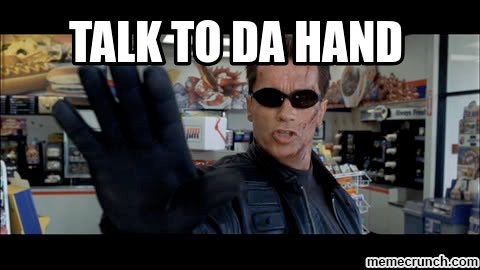 What else Hack does you shouldn’t do.

From a different Hackney column on the Bassin’masters:

> I change my outboard motor prop after every 10 or 12 days of tournament fishing.

If the one I’m using gets even a little bit dull, it’ll cost me 1 or 2 miles per hour. That’s several casts a day and maybe as many as a hundred over the course of a season.

> If I’m fishing a crankbait, I change the hooks several times a day. Even running them through open water will dull them. Water’s abrasive so it counts too.

Am I gonna say Hack’s nuts? No way. But this guy is: 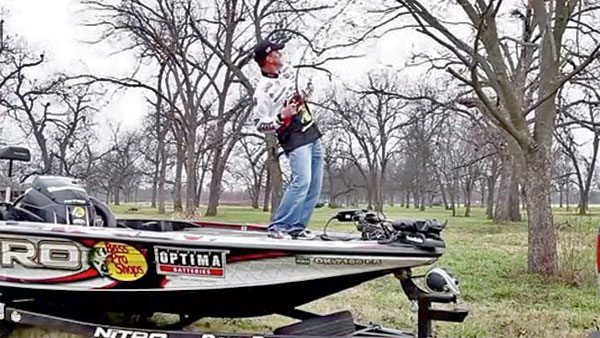 Maybe that’s how he got into the nut biz? (Just messin’ with ya brother E2!)

Evers and Reese do office flippin’.
Tell me you’ve never wanted to do this:

Bring your rod to work day?

What ICAST does to you.
Plum wears you out: 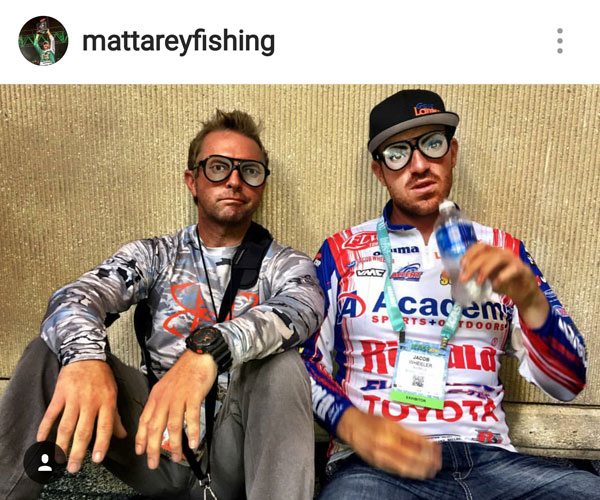 1. One of the Baton Rouge officers was a bass-head.

RIP and thank you for your service bassin’ brother.

Colon cancer. Pray for the #legend.

Evers can get pretty ticked, man. Either that or he was noodling: 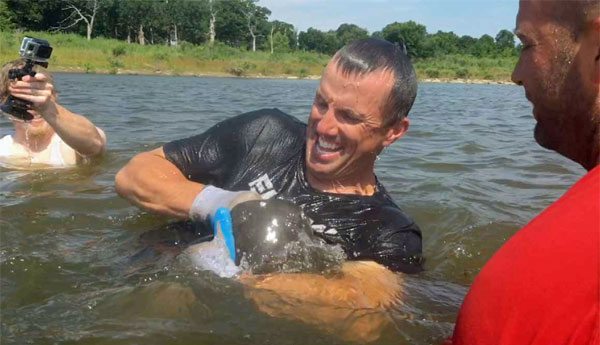 > “It’s something I’ve always kind of thought I wanted to do.” [Kinda, sorta, maybe, not really?]

> “Well heck yeah I’m nervous. I make my living with my hands. I don’t need any beavers down there chomping my fingers off.”

Did he say beavers?

Beaver’s still there, but Travis, TX and Cumberland, KY are interesting.

> Contributing to the show’s top billing is the sheer volume of exposure — more than 1,700 hours of episodes have been logged since its beginning. For 2016, MLF has more than 500 hours in programming airing on four networks, including World Fishing Network and Fox Sports 2, along with CBS and Outdoor Channel.

Good show but betting that’s a lot of the reason.

Long-time Bassmaster Mag senior writer Wade Bourne got the Homer Circle Award for pretty much being the best at everything he’s done in this biz, and Steve Quinn of In-Fisherman got into the Freshwater Fishing Hall of Fame…thanks to a generous donation by a certain Mr. Quinn Stevens. HAHAHA just kiddin’ Stevie, I need an autographed calendar man!

“When it’s not too hot,” he says. Guess that’s just during football season then?

12. Roll your own Yamamoto Senkos.

Do-It Molds has new molds for 4″, 5″ and 6″ Senkos — the real deal. Looks like Tackle Warehouse has the 5″ mold, the others available in the fall.

13. Bass U: Faircloth on summer/fall veggies.

> Goldman Sachs and Altor Fund IV partnered and are acquiring Navico Holding AS, parent company of the Lowrance, Simrad, B&G and GoFree brands, from the Altor 2003 Fund.

Altor seems to be “Nordic”-focused funds, and Goldman Sachs is too big to fail, which means you get almost-free money from the U.S. gov’t among other perks….

Tip of the Day

Few cool ones from westernbass.com:

> His Phat Frog comes with a glass rattle chamber, but when he needs to give the fish a bigger dinner bell, Monroe will locate the rattle inside the bait, hold it between his fingers and then use his pliers to crush the glass container. More pieces equals more sound.

> “You can hear it go from one rattle to several different rattles with all that broken glass and the bead. The (crushed) rattle is never going to fall out because it’s built into the body when they pour it into the mold.”

> Other sound-enhancements: Temporarily remove the frog’s legs and shove rattle chambers or loose BB’s into the body and then replace the legs. Add a jig rattle to each shank of the double frog hook (make sure the additions hang below the shanks to prevent impeded hookups). Hang spinner blades from the hook shanks to add thump as well as flash.

> “I really like the full [uncut] legs when the fish are in mats because they can find the legs and they can suck that bait in.”

> Also, the more a frog weighs, the more it displaces vegetation and the deeper it sinks. This allows bass to better track the bait across thick canopies and, frogs that sit lower in the vegetation, are more easily reached.

Quote of the Day

It was the worst piece of advice that I ever got.

– Keith Combs talkin’ ’bout the time his cousin/first team partner told him to stop fishin’ cranks because Keith stunk at it.

Okay I made that up. It’s Keith talkin’ ’bout this statement: “a bass is a bass” wherever you go:

> Sure, a largemouth in California may be distantly related to a largemouth in Florida, just as a smallmouth at Erie may be a long-long-lost cousin of one at Havasu. They certainly share some basic habits. But when you start to treat them as if they’re the same, you’re going to get burned.

> Prior to traveling up north that first time, I’d always heard about the magical Ticonderoga section of Champlain and its fertile grass beds, but when I got there they threw me a huge curveball. In the South, when you flip grass, the fish are usually relating to the edges. In the North, you have to get up in it and flip it all. When you finally get bit, there are usually others around it. They may be relating to some sort of bottom change, but it’s not necessarily an edge.

Interestin’. But here’s the deal: A bass IS a bass as long as you’re comparing ’em in the same WATER BODY TYPE, of which there are only five. Meaning a highland rez in California will fish pretty much exactly the same as one in the Ozarks or Virginia.

You’d know this if you used BassGold — but don’t subscribe yet. We’re still retooling it….

Shot of the Day

15 lbs of buttah howg — would LOVE to catch (and land!) one that big. Dude has this’n in a TX brood pond: 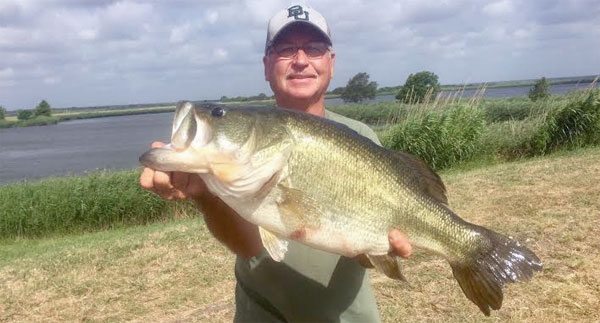 Better be on top o’ this stuff… 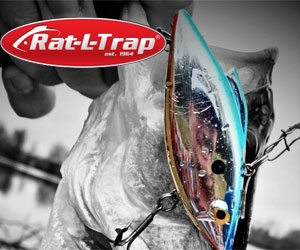 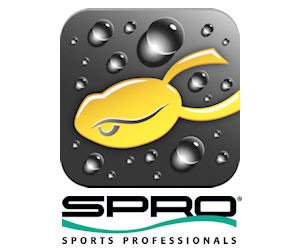 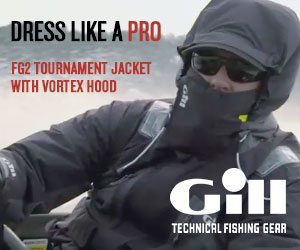 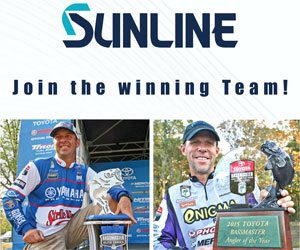 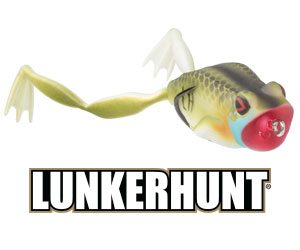 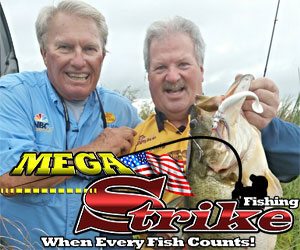 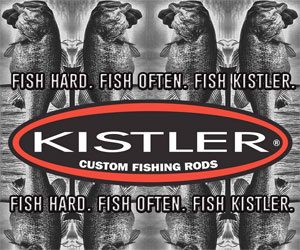 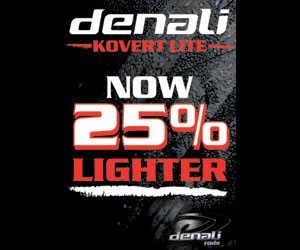 You NEED this stuff! 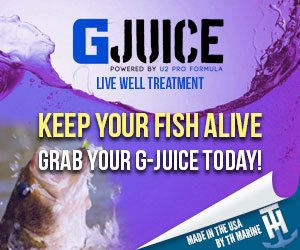 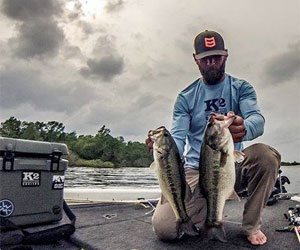 Git on these yo! 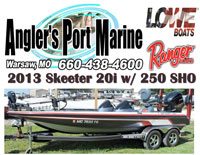 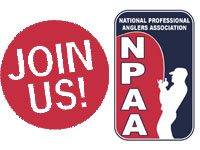 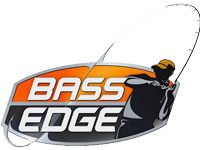 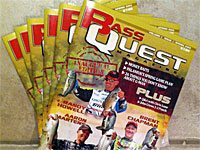 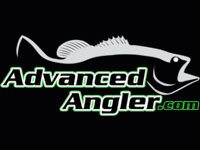 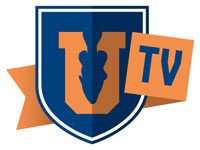 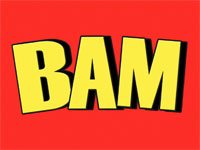 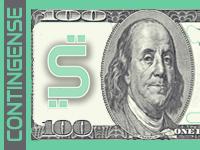