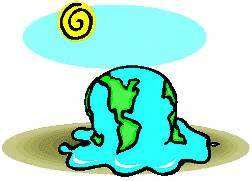 As I sit at my computer typing this, trying to warm up after freezing my â€œyou-know-whatâ€ off after shoveling piles of snow from my driveway for theÂ fourth time this year, Iâ€™m strangely heartened by the results of the following piece of research.

We can debate all you want over the whole global warming issue, but we bass anglers can sleep better knowing that if so, it turns out to be a good thing for our little green friends. At least that’s the spin being put out by the Center for the Study of Carbon Dioxide and Global Change concerning a recent paper in the Journal of Freshwater Ecology.

He used the “tree ring” technique, similar to counting rings on a cut piece of tree trunk to figure out how old or how fast a tree grew, only using the same on bass ear bones. They actually get the same type of growth rings.Â Possible explanations for the results obtained include:

Analysis showed that “an average of 50% of annual variability of growth of largemouth bass could be attributed to climatic conditions.” Wow!

The piece was picked up by the CO2Science website as a positive benefit of potential warming (see:Â  Largemouth Bass in a Warming World). Interestingly, a similar study carried out on black crappie in southern Minnesota lakes several years ago found that growth and growth patterns in those fish were unrelated to climate warming.

So it looks like largemouth bass are set to take over the world as soon as things start warming up a bit more. Looks like Iâ€™ll be investing in a bit more Bass Pro stock and a little less Orvis stock next year….