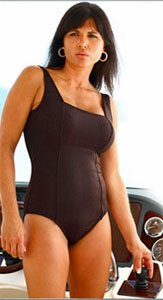 She looks a little angry about that joystick. What up with that?

Yamaha just announced a “technical agreement” with marine inboard folks Volvo Penta “for the joint development of control systems for boats with outboard motors.” What does that mean?

“The engine control systems that will be developed under the agreement include single remote control for outboard-powered boats. The new product will combine power and steering control in one easy-to-use, electronic device.”

Cool! Even though “the intention is to greatly improve maneuverability and ease of docking for larger boats that use outboard power” â€“ because they’re already used on some yachts and I believe some giant ships â€“ why not bassin’ boats?

Who needs a steering wheel and a Hot Foot? That’s so old-fashioned. Nix both for a huge LCD screen where the wheel was, more room under the dash and the “YVP” (Yamaha Volvo Penta) joystick.

All of a sudden it seems kind of…inevitable, maybe? 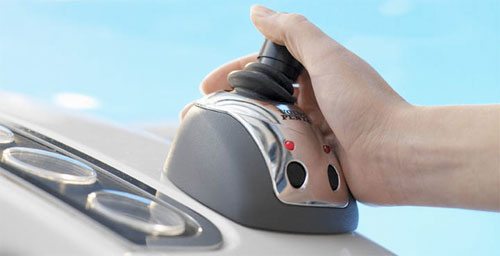 A real pic of a Volvo Penta joystick.