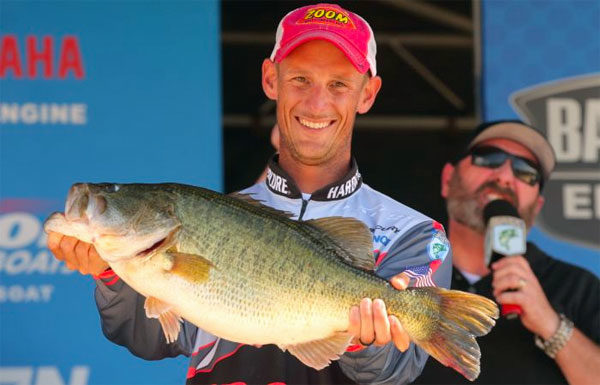 Brandon Cobb is a bass-catching savage. A month ago he won his first Bassmaster Elite Serious tournament, and this week he won his 2nd: 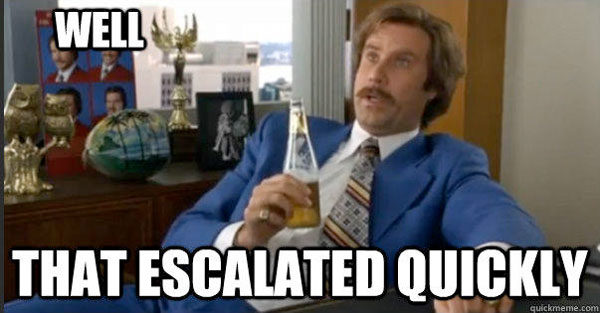 Anyhow, here’s how he won this one, on Lake Fork, TX, which he’d never fished before!

Going in and then practice

> “Going to Fork, I had no idea…. Prior to practice, my concern was I’d have to fish offshore. I was worried about that because I’m not a super-strong offshore fisherman.

> “But after practice I knew there were still fish on beds and I saw the shad spawn going on on the first day [of practice], so I started feeling like something would be going on in my wheelhouse.

> “I found that shad spawn, but it took me a while to figure out how the fish set up to eat the shad. About the 2nd day of practice I started dialing up shell beds, hard spots, points and shallow areas the fish were using to feed on the shad.

> “…practice and start of the tournament [found] when they bit, they bit really really good for 15 mins. After that it was kind of tough to find them.”

> “Through practice I’d found 5 to 8 spots the fish were using to feed. My strategy in the tournament was to run all those places as fast as I could and hope to hit a school of them. I thought it was purely an early bite and if I didn’t have them by 10:00 I was done.

> “The first day I ran through all my places and didn’t get a bite. So I started re-running them, and realized it was more a window when they got up there not just an early-morning thing. I re-fished those places 4-5 times and eventually got them.

> “The spots were like points or main-lake flats, but they all had a specific higher spot. It was all less than 3′ deep, but there’d be one higher or harder spot like 1.5′ deep and that’s what the fish would position on for the most part.

> “All [the spots] were pretty close to the bank — it’s not like I was finding hard spots offshore. Most of the shad were spawning on the bank, and I think the fish were using those spots to feed. The fish were probably scattered too, but you couldn’t catch them when they were scattered.” 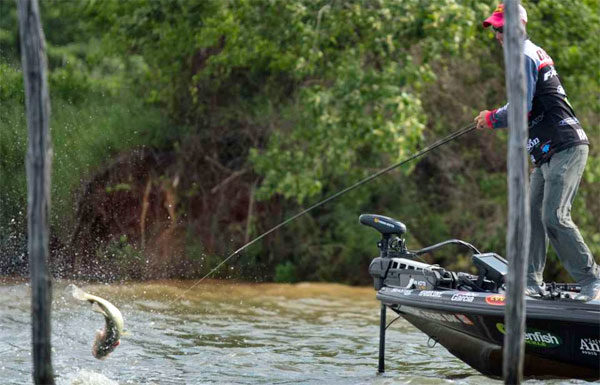 Main bait and how he fished it

> “I thought I could catch some fish on a topwater the first day of the tourney but they weren’t eating it. The typical baits I have for shad-spawn fishing are a jig, spinnerbait, jerkbait and a topwater…will have all 4 of those tied on.

> “It didn’t lay out right for a jig — nothing to throw around, you’re not fishing cover. So I did my normal shad spawn bait rotation and caught an 8-lber on my first cast with the jerkbait.

> “The fish were so shallow…on Live it seemed like I was constantly adjusting my bait, but I was was scraping mud off the bill with my finger. I think the plowing the bottom thing actually made the fish bite it better. Kind of the same concept of a diving crankbait in 6-8′ water.

> “I used Yo-Zuri Top Knot fluorocarbon — by the last day I was fishing 16-lb. That was the best…heavier than normal jerkbait line but I was throwing it so shallow.

> “…Abu Revo MGX Reel (6.4) and a 6′ 10″ M Ark Lancer Pro Rod that will be out in 2 weeks. That’s kind of small [rod] and it was kind of scary catching 8-9 lbers on it, but I was working that bait so fast and hard that if I had a bigger rod I would’ve worn out too fast — and [that rod] could still handle them. That [effort is] also why I was using the MGX, which is a lighter reel.

> “…basically no pauses and not really ever reeling it. My retrieve was really fast and all jerks, no pauses. I was keeping it moving the whole time. I never even really felt them bite it — I’d just go to jerk and they’d be there.

> “I use the stock Yo-Zuri hooks, and when they get dull I replace them with Berkley Fusions.”

> “110 size [on the jerkbait] — all the fish there seemed to like larger-profile baits.”

> “I fished various large-profile walking baits (all natural shad colors) mostly on day 4. The last day they bit a topwater good. …same places as the jerkbait. The final day I’d get the school fired up and catch a couple on the walking bait, then if I made 2 casts and didn’t catch one I’d pick up the jerkbait and keep catching ’em.

Once he figured out the timing on his main spots, he’d kill time by fishing shallow:

> “It was kind of junk fishing, but mostly it was a SPRO Frog (green back/yellow belly — “green tree?”) — it didn’t really matter though because I threw other colors throughout the week as well.

> “That was for covering water. Then when I saw fish on beds, I’d flip a Zoom Z Craw (tilapia).”

> “I’m not the only one who was doing what I was doing — it’s not like I had the magic pattern. I really think the key to my success last week was timing…starting to understand the timing.”

Dean Rojas’ winning baits at the Smith Lake BPT
How Jacob Wheeler won BPT #7 on Table Rock
To Top
We use cookies to ensure that we give you the best experience on our website. If you continue to use this site we will assume that you are happy with it. Cookie settingsACCEPT
Privacy & Cookies Policy