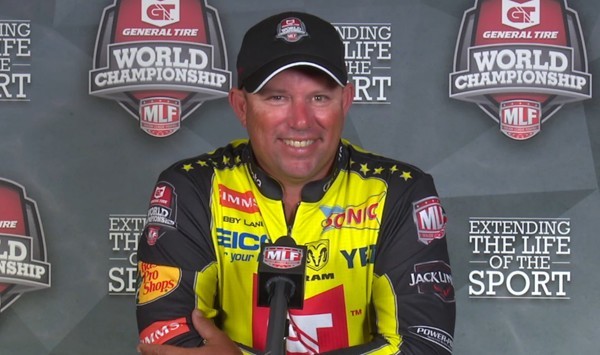 Bobby Lane had to beat the best MLF fishermen on 3 lakes over an entire week of fishing. He said he did “basically the same thing” on all the lakes, and here’s what that was:

> “That lake all about the swim-jig…hauling them in over that giant timber. …kept it within a foot of the surface…a little bit of flipping….” 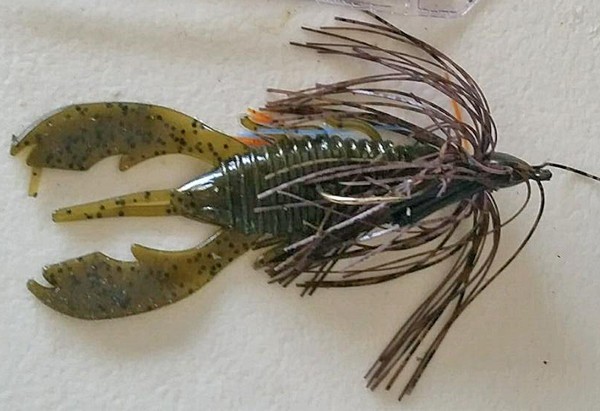 > “I was covering new water. I never caught anything when I went back through areas. I’d catch 5-10 in a period then locate new water.

> “I caught a few on a swim-jg early then went to sight-fish a big one, then it was 100% wacky worm. I caught a couple key fish in between on a jerkbait. It was like junk-fishing 101….

> “The lake had 2 different shades — one end was stained, the other one was clear. So I used junebug and green pumpkin. Both were 6.25” Bottom Hoppers with a #1 Trokar Wacky Worm Hook, 10-lb Spidewire Ultracast braid, Abu Garcia STX Spinning Reel and 7′ MH Abu Fantasista Premier Spinning Rod. I think I used a 12-lb Trilene 100% Fluoro leader so I could boat flip ’em — I didn’t want to take too much time.

> “Most were from 3′ or less. The jerkbait was in 5′ off the edge of some docks. They were fat pre-spawners….”

> “No docks at that lake. Scattered pads were just staring to grow…. Flooded cattails…I couldn’t catch them flipping [the cattails], I could only catch them with the wacky worm. It was the craziest thing…they killed it and I never put it back down.”

Keys to the week

> “The whole key to my success all week was once I caught them in one area trying not to go back to it again.

> “…had the trolling motor on 20%, my eyes were open with those new Costas — that new morning lens (sunrise silver mirror) was the deal in the morning….”

Aaron Martens’ winning Champlain baits and pattern
How Keith Combs won the Mille Lacs AOY tourney
To Top
We use cookies to ensure that we give you the best experience on our website. If you continue to use this site we will assume that you are happy with it. Cookie settingsACCEPT
Privacy & Cookies Policy