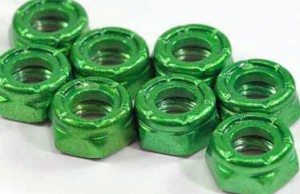 This is kind of like giving publicity to the Peta nuts, but it’s worth a chuckle. Here’s the deal.

The Natural Resources Defense Council â€“ one of those green groups that’s overtly crossed over into animal rights â€“ started this campaign called “Shame on Shimano.” Why? They’re trying to say that Shimano is “attacking Californiaâ€™s Marine Life Protection Act (MLPA),” according to its website (no link so Google won’t raise its ranking).

The MLPA is one of those pieces of legislation that seeks to rope off large segments of the ocean as “preserves” â€“ meaning you can’t fish there. Shimano, run by rational folks, naturally does not want to see that and is supporting fishing interests and science. The NRDC â€“ run by peanuts, walnuts, almonds, cashews and, of course, wing nuts â€“ wants social change, meaning no “mean people” catching things (that are lower down on the food chain than reptiles) with metal hooks.

This is an attack not only on Shimano, but on all businesses that make and sell tackle, and in fact on all men, women and children in this country who enjoy the chance to spend time on the water hoping to catch a few fish.

That’s why what at first glance seems just plain goofy is no laughing matter. Yes, the Shame on Shimano campaign represents a fringe among otherwise responsible environmental groups [not sure we agree, Doug!], but an ostensibly sizable and growing fringe that’s decidedly and openly anti-recreational fishing.

It does seem that the no-fishing thing is gaining some acceptance, the same way it now seems “right” to a lot of folks not to cut trees (which is dumb). If we don’t change that, shame on us. All it takes is taking a newbie fishing.

> In case there’s any doubt about what the NRDC wants, check out where it posts to get volunteers for this campaign.